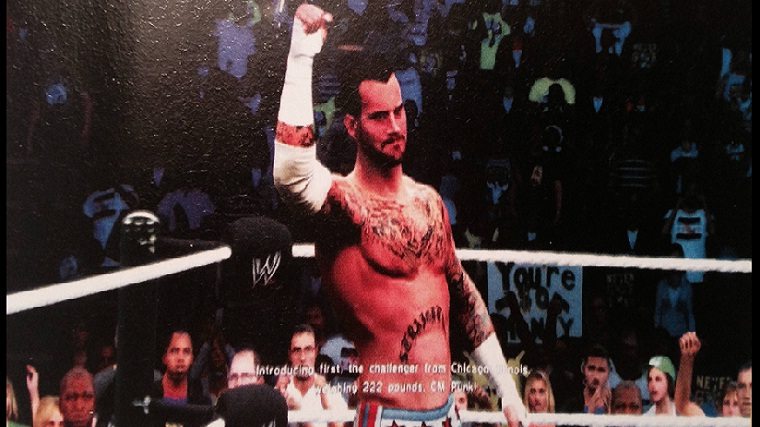 A gaming magazine has now released the first screenshot of CM Punk in WWE 2K15. He looks better than expected.

The scan appeared in the official WWE 2K forums. The fan didn’t specify which gaming magazine this is from, but that doesn’t really matter at this point. It’s just good to see CM Punk in WWE 2K15 for the very first time.

Bear in mind, CM Punk refused to get scanned for WWE 2K15. There were some fears from some gamers he would look uglier than the other wrestlers who got scanned. Looking at the screenshot, 2K Games did a good job of his likeness anyway. This is for the PS4/Xbox One version of the game. Chances are his character model may not look as good in the PS3/Xbox 360 versions.

Looking at this one screenshot of CM Punk in WWE 2K15, I can tell this is from 2011 during his feud with John Cena. He has the slicked back hair and the tights he wore from Money in the Bank 2011. It will be interesting to see if other slightly different character models of CM Punk appear in the game too.