First XCOM 2 Mods Hit And We Get A Corgi Gun

The latest news in the world of video games at Attack of the Fanboy
February 5th, 2016 by Scott Grill 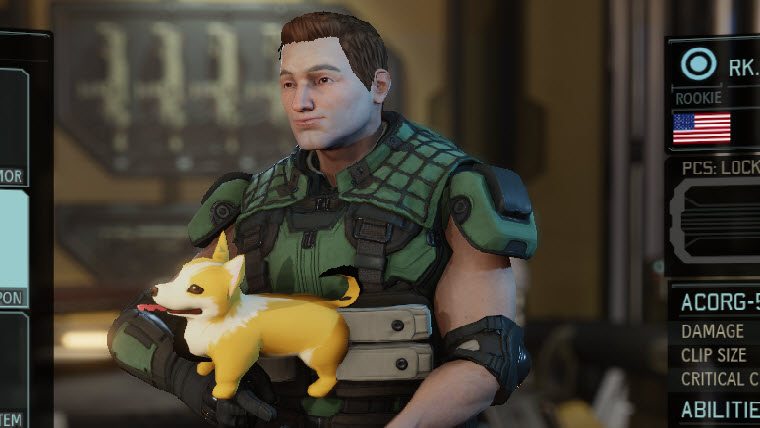 XCOM 2 launched with a trio of official mods from Long War Studios. However, it didn’t take long for the first community made mods to join the action. Less than a day after the turn-based strategy game went live on Steam, one modder dropped the ACORG-47 on the Workshop – a weapon made of an adorable little Corgi.

“I legit feel bad that this is the first XCOM 2 mod to be released,” creator JonTerp wrote on the ACORG-47 Steam Workshop page.

The creator seemingly threw the doggie firearm up on Steam after spending 12 hours of frustration trying to learn the XCOM 2 mod tools without any documentation.

“XCOM 2 is awesome but let’s be real about the mod tools for a moment: The total lack of scripting and ini documentation is a real bummer,” Terp wrote on Twitter.

While the erstwhile modder does not seem exceptionally impressed with his work, Firaxis Games gleefully showcased the new mod on their Twitter account, which led to articles such as this one putting his work on display for all the world to see.

“Oh god this is getting press now. Hide my shame, please,” he wrote in response to Firaxis.

The Corgi gun is fortunately not the only mod up for XCOM 2 within the 24 hours. It just has the unique distinction of being the first.

There are three functionally useful mods available while other modders will undoubtedly hop on the weapon skinning craze involving Corgis and other cute animals. Free Camera Rotation from wasteland_ghost enables, you guessed it, free camera rotation while holding down the Q and E keys. Meanwhile Shaska handily put out a pair of mods. TimerTweaks extends the turn limit on some mission while Disable Timers turns the mission timer off completely for non-story missions with the exception of UFO and terror missions.