Free-to-Play NOT where gaming is headed, says Sony boss

The latest news in the world of video games at Attack of the Fanboy
August 11th, 2012 by William Schwartz 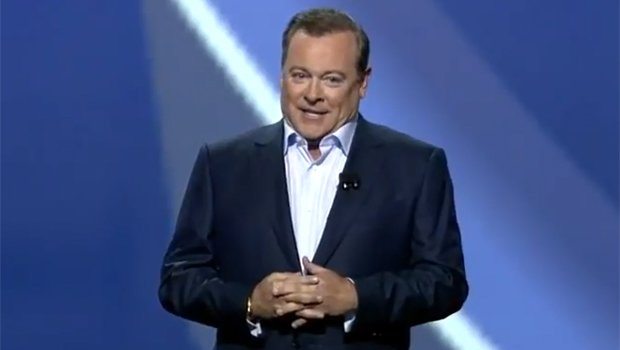 If you watch Sony’s E3 press conferences from year to year, you’ve seen a guy on stage discussing the future of Sony products and promoting the biggest titles set to appear on the PS3 and PS Vita in the near future. That guy is Jack Tretton, President and CEO of Sony Computer Entertainment of America (SCEA), and while Tretton’s opinions on the console market are probably biased to a degree, the man has undoubtedly spent a great deal of time over the course of his career discussing gaming’s most popular trends and their longevity within the industry.

Without question, the hot button of today’s gaming industry continues to be the reliance of hardware publishers on traditional business structures and whether or not they can continue to sustain profits with $60 physical copies of software products. A number of prominent developers have already spoken out about the emergence of the free-to-play market and the concept of microtransactions as a way to offer a game’s core content for free while giving players incentives to pay cash for the additional experiences. EA’s COO Peter Moore is under the opinion that free-to-play games for consoles is an “inevitability” and that microtransactions will eventually appear in every console game you pick up. Similarly, Crytek CEO Cevat Yerli believes that if consoles don’t figure out a way to incorporate the free-to-play model, they’ll gradually be replaced by tablets and the mobile gaming market.

Tretton however, doesn’t see the free-to-play trend as one that will threaten the long-term success and stability of the traditional console experience, telling GamesIndustry that free-to-play is “not where gaming is headed,” calling it nothing more than an “additive diversion.”

“I think the opportunity to be in the console business is greater than ever before,” said Tretton. “[Social and free-to-play] is a business I think a lot of companies are learning is difficult to sustain for the long term. It’s an adjunct or it’s an add-on, but it’s not where gaming is headed. It’s an additive diversion. There’s a place for social and freemium, but it’s not going to replace the business models that are out there.”

Elsewhere in the interview, Tretton defends the PS Vita as a viable gaming handheld and discusses its initial launch obstacles.

“Anything with great rewards is going to come with great challenges,” he said. “We felt if the tech was there, and the game support was there, then the audience would be there. … I feel much better about it now than I did four months ago.”

As GamesIndustry points out, Sony is indicating to investors that the company expects to sell 10 million units for the Vita before the end of this fiscal year, which concludes March 31, 2013. As of this past March, the Vita achieved a largely underwhelming 1.8 million units sold, so the handheld has a ways to go if it is to reach Sony’s lofty expectations. While some analysts have attributed the rocky start to the rise in popularity of the mobile gaming market on smartphones and tablet devices, others cite the Vita’s relatively poor software selection. However, Tretton and Sony expect those criticisms to subside following the handheld’s upcoming holiday lineup which includes LittleBigPlanet, PlayStation All Stars: Battle Royale, Assassin’s Creed 3: Liberation and Call of Duty: Black Ops Declassified.