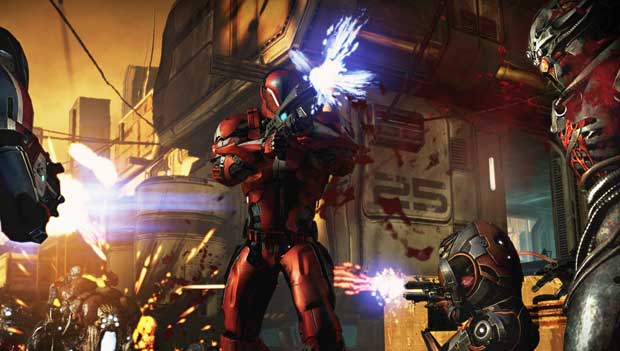 Some promotions on Xbox Live are better than others, this one seems to be a no-brainer.  When Bioware releases the Mass Effect 3 demo on Xbox Live on February 14th, players will not only get a chance to go hands on with upcoming game’s single and multiplayer modes, but can earn a free month of Xbox Live Gold in the process.

Anyone who downloads the demo will get a free month of Xbox Live membership which can be used to explore the game’s new cooperative “Galaxy at War” mode.  Chris Priestly explained on the Bioware forums:

“In celebration of ME3, Xbox is pleased to provide fans access to ME3 demo multiplayer for the time leading to launch.  Xbox LIVE Gold gives you exclusive benefits including multiplayer gaming, member-only deals & previews, and access to entertainment with Netflix, ESPN, Hulu Plus and more.”

Good news for those that wanted to give Mass Effect 3 multiplayer a go, but you might get wrangled in for a subscription if you end up liking it.