End Game on deck for Battlefield 3 beyond Aftermath 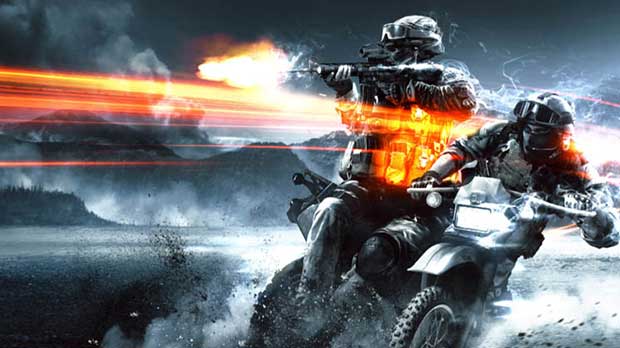 After a brief exclusivity window for Battlefield 3 Premium subscribers, the Aftermath Expansion is now available on all platforms.  The quake themed DLC is not the last stop for Battlefield 3 fans however.  DICE does have at least one more trick up their sleeve when it comes to expansion content for their 2011 shooter, and it’s called End Game, which was announced earlier this year.

Battlefield 3 Premium members will be the first to find out what the next round of DLC will be, when DICE releases the seventh Premium member video detailing the content on December 21st.  Judging from the earlier art work revealed for this expansion, the only thing we know about this new content is that it will feature motorcycles.

While two-wheel action will be a new way to get around the sprawling terrains of the game, new rumors are also suggesting a twist in the setting department as well.  4News is reporting that the Premium Video to be released later this week will reveal that  End Game will feature a jungle-style “Apocalypse Now”  map.  The site also includes that End Game will consist of four new maps, new vehicles (including motorcycles), new assignments, and new weapons.

Battlefield 3 End Game is due out in 2013, and what’s in store for Battlefield fans after that is anyone’s guess.  Earlier this year, DICE revealed that they had indeed begun working on Battlefield 4 and offered an exclusive beta opportunity for Medal of Honor: Warfighter patrons.  When that new game is slated to arrive is anyone’s guess, but many are assuming that the game could arrive in the fall of 2013.