The latest news in the world of video games at Attack of the Fanboy
February 13th, 2018 by Jose Belmonte 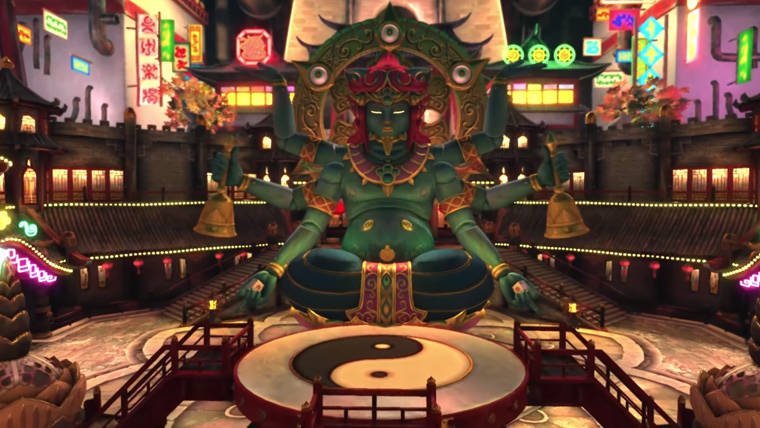 Today you have the chance to explore one of the most beautiful cities from Ni no Kuni II: Revenant Kingdom that we have seen so far. We are talking about Goldpaw, home of a world-famous casino and where luck dominates all aspects of its inhabitant’s life. Even important issues that concern to the whole population are decided by rolling the dice of a bronze statue named “Lady Luck.”

The creation of Goldpaw was already discussed by the developers in a brevious behind the scenes video in which they explained how they have taken inspiration on the arquitecture and art from Taiwan to design the buildings and the atmosphere of the city.

As the new video allows for a much closer look than the regular camera of the game, it is easier to appreciate the outstanding level of detail used by the creators to design this location, from the beautiful buildings to the interior of every single shop.

Other previews have shown different gameplay mechanics, like the more tactical army battles or the creation of new buildings to expand the kingdom.