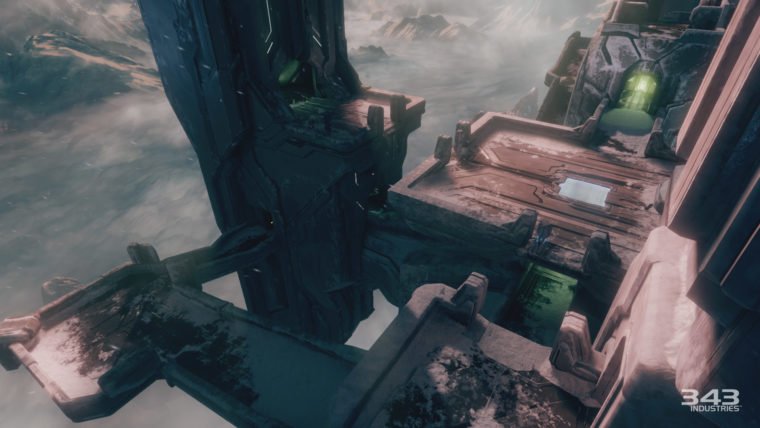 Microsoft and 343 Industries have announced via Gamespot that fan-favorite Lockout will be the fifth remastered map to feature in Halo: The Master Chief Collection. The map will be playable inside the new engine offered by Halo 2: Anniversary. Six maps will be remastered from their original form, featuring improved visuals and small design alterations. Check out the screenshots in the slideshow above to get a look at how much better the map is going to look.

A Microsoft representative spoke of Lockout by saying “As one of the flagship Halo 2 tournament maps, Lockout was home to a wide host of game types, including Free-for-All, Oddball, King of the Hill, 1-Flag CTF, and of course, Team Slayer. Get ready to return to this classic battleground as Lockdown, part of the Halo 2: Anniversary multiplayer experience in Halo: The Master Chief Collection.”

Max Hoberman, lead designer on the original Halo 2, said “Lockout was hands-down the most popular small arena-style map in Halo 2. We’re thrilled to be bringing this fan-favorite back, and are paying close attention to the details and subtleties that made the original great while also making a couple of very careful, very calculated enhancements.”

Speaking of the changes made to the remastered version of the map Hoberman said, “Most prominent among these are a bit of cover added to the ‘Elbow,’ the long walkway connecting the grav lift to the sniper tower, and a dynamic element that should help counter an entrenched group of enemies. Of course this can be disabled in Forge for players who want a near-match of the original experience.”

While every map ever included in a Halo game will be playable in Halo: The Master Chief Collection, only six are getting the full remastered treatment that Halo 2: Anniversary’s campaign will receive. Lockout joins the other four announced maps, which are Sanctuary, Coagulation, Ascension, and Zanzibar.

I previously speculated on the six maps that would be included and have been doing well so far. My list, with confirmed maps listed in bold, was: Ascension, Coagulation, Lockout, Zanzibar, Sanctuary, and Ivory Tower. I was concerned that Ivory Tower might be swapped out for Midship, another small map like Lockout, but with the recent reveal that Midship would be remade for Halo 5: Guardians I am pretty sure of my final guess. Still, anything can happen and 343 could throw a curve ball with some other fan-favorite like Turf or Terminal.