The latest news in the world of video games at Attack of the Fanboy
April 11th, 2017 by Dean James 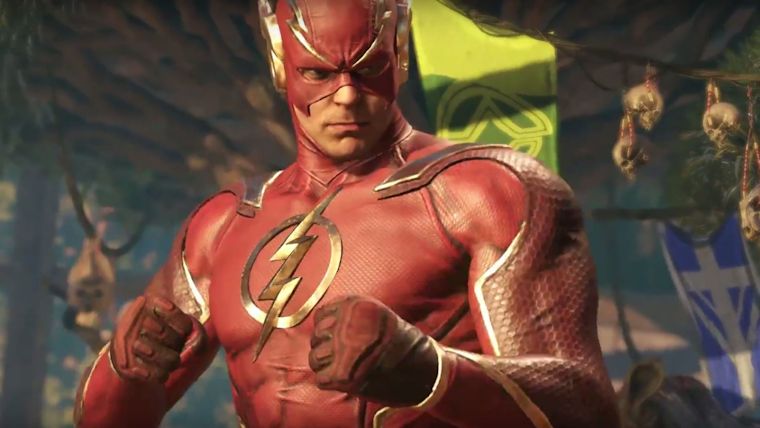 Injustice 2 is just over a month way from release and most of the character roster has been released based on the leaked roster that has proven to be mostly legitimate with all the previous announcements. NetherRealm Studios is not going to stop with promoting the game and that is why they have been giving character specific trailers to some of those that didn’t get them before, and this time it was the Flash’s turn.

The Barry Allen of the Injustice Earth was part of Superman’s Regime in the first game, but has since given up being the Flash since defecting from the Regime near the end of that story. However, Barry puts back on the suit and returns as the Flash in this game in a much better looking costume as he is hoping to redeem himself and be a hero again after a new threat arises.

The Flash was announced as returning in Injustice 2 awhile ago, but we didn’t get footage of his new gameplay until not that long ago. This time around though, he is the focus of a trailer that has his facing off against two of his nemeses, Gorilla Grodd and Captain Cold

Many were not happy with Flash’s moveset in Injustice: Gods Among Us, so he has gotten a revamped skill set that takes what he had before but makes it much better. A few of the moves that look really intriguing are a wind tornado causing by moving his arms fast enough and stunning the enemy in midair, as well as one where he punches so fast that there are a number of delayed hits on the opponent as well.

The trailer also gives us a look at the Flash’s finisher that has him taking his opponent through time, which is very fitting for the Flash. If you can’t wait and see Flash in action when Injustice 2 launches on May 16, make sure to check out the trailer below.