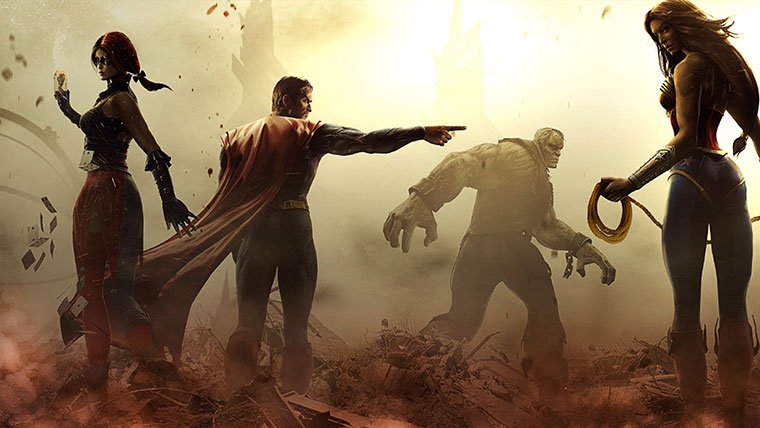 Injustice: Gods Among Us is fast approaching its street release of April 16. It’s been far too long since we’ve gotten our hands on a quality fighting game, and the more we see of Injustice the more excited we’re getting.

Maybe you were a fan of Geoff John’s run of Blackest Night in the DC Universe. Many people weren’t, we thought seeing zombified versions of Batman and Aquaman was pretty dope. Either way, a Blackest Night DLC pack has been announced for the upcoming Injustice title. The pack includes undead skins for all of the game’s fighters and a zombie mode for the title. No word on what that mode actually means. The whole pack is a pre-order bonus from Amazon’s German store. Watch the trailer and let us know what you think.

Injustice: Gods Among Us
We're Looking For Contributors