iPhone 5 stocked with new features will arrive on September 21st 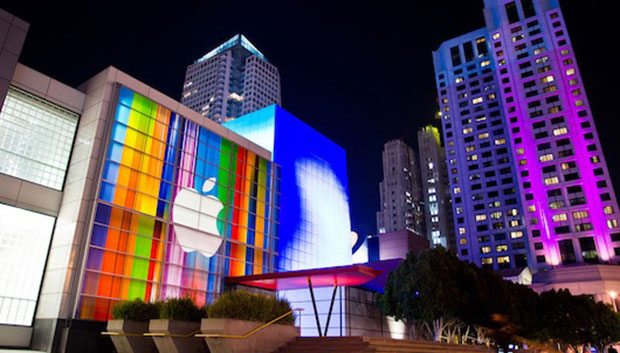 Today at an Apple event in San Francisco the company finally announced the iPhone 5.  Holding true to the rumors that had been circulating prior to the official reveal, the iPhone 5 if a “lighter and thinner” version of the 4S with a larger 4 inch Retina display.

Also expected is the inclusion of LTE.  iPhone 5 users on the Sprint, Verizon, and ATT networks will all be able to take advantage of the 4G data speeds come September 21st when the phone is released for purchase.  The iPhone 5 is also a serious upgrade from a chipset perspective as well.  Apple claims that the new A6 CPU is two times faster that the chip that is currently residing in the iPhone 4S, and three quarters of the size.

Apple also claims that the new handset is a more efficient energy consumer as well.  Boasting that the handset can log up to 8 hours of talk time, even with the addition of the LTE functionality.  Keep the iPhone 5 on a local wi-fi network and you could get up to ten hours with the new phone.

“The new camera is completely redesigned with incredible optical performance, yet amazingly it’s 25 percent smaller than the camera in iPhone 4S. The new iSight camera in iPhone 5 features a sapphire crystal lens cover that is thinner and more durable than standard glass with the ability to provide crystal clear images. The new panorama feature lets you capture jaw-dropping panorama images of up to 28 megapixels by simply moving the camera across a scene in one smooth motion. New video features include improved stabilization, video face detection for up to 10 faces and the ability to take still photos as you record. A new FaceTime HD front facing camera makes FaceTime calls incredibly clear and can also be used for self portraits and recording 720p HD video. iPhone 5 also allows you to share photos with friends and family using iCloud’s Shared Photo Streams.”

Outside of the actual hardware changes that have been made to the iPhone 5, Apple will also be shipping the new phone with iOS 6, which is said to have over 200 new features which include a revamped Maps app, Facebook integration, new Siri functionality and more.  The appendages to the phone like the earbuds and connector have also seen a redesign.  The “lightning” connector is said to be “smaller, smarter, and more durable.”  The traditional Apple earbuds have been rebranded as the Apple “Earpods” and are said to have a more natural fit, increased durability, and improved acoustic quality.