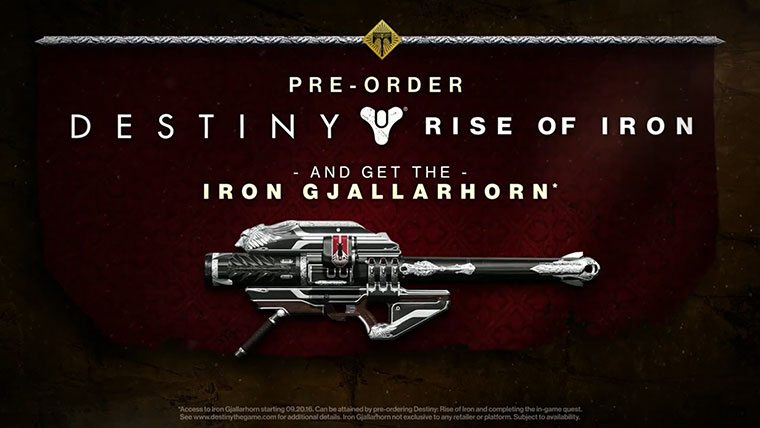 It looks like Bungie is going to bank on nostalgia of one of Destiny Year One’s most popular weapons to entice pre-orders for their upcoming Rise of Iron Expansion.  Pre-ordering will apparently get you a weapon called the “Iron Gjallarhorn.”  The advertisements were spotted earlier on Reddit, ahead of the offical reveal of the expansion.

It was leaked just yesterday that the Rise of Iron Expansion would arrive on September 20th, and would not be coming to legacy consoles (Xbox 360 and PlayStation 3).  It’s unclear whether or not that is true at this point, but Bungie is expected to reveal all later today. 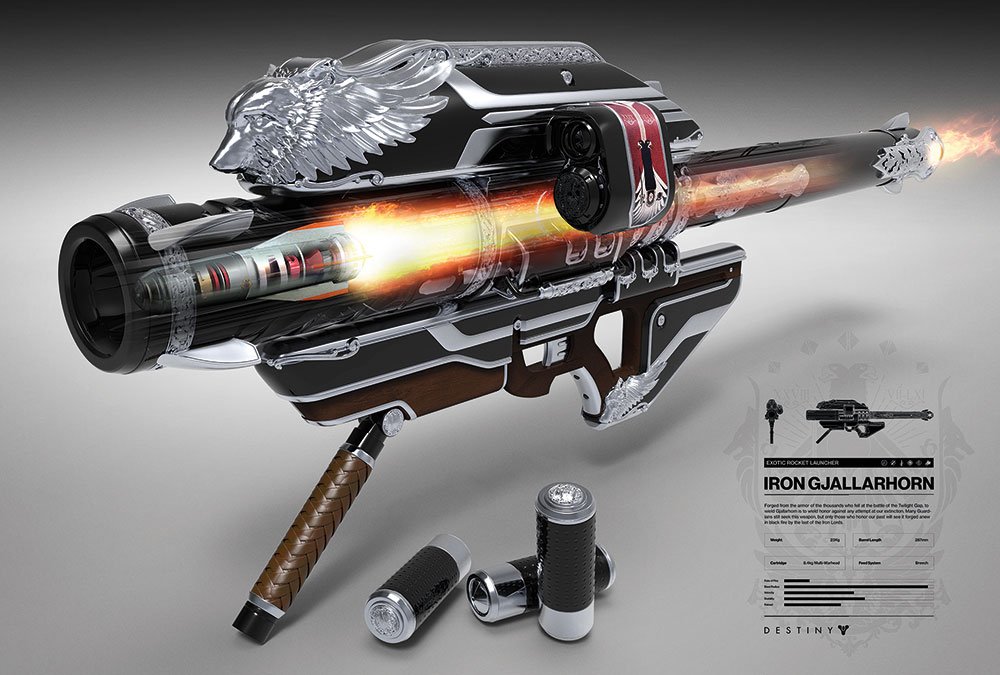 Rise of Iron will be the next big expansion pack for Destiny.  Having skipped smaller releases throughout this year, this one should be a considerable amount of content given it’ll be the only big release of the year.  Many are expecting Rise of Iron to feature New Story and Campaign Quests, Armor and Gear, Weapons, New Raids & Strikes, as well as an increase in Light Level.

As for the Iron Gjallarhorn, it’s also unclear whether there will be any other paths to get this weapon other than pre-ordering the expansion.  If not, there could be some unhappy customers as the original Gjallarhorn was both hard to come by and coveted by many Destiny Year One players.

Update:  Bungie has revealed that all purchasers of the expansion will have a quest line where they can earn the Gjallarhorn.  But only pre-order customers can get the exclusive Iron Gjallarhorn.