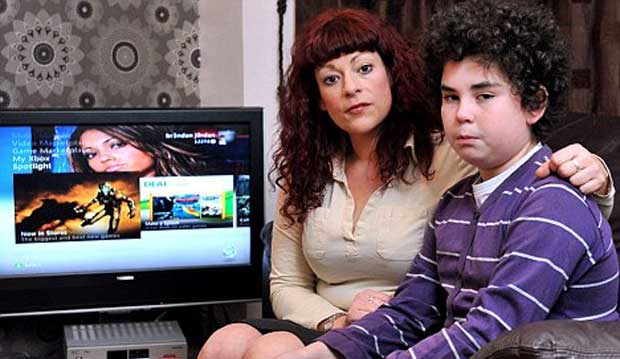 Dawn Matthews is the mother of a very bad child.  Brendan Jordan, the child in question, recently went on a spending binge that he didn’t realize was happening on Xbox Live Marketplace.  The mother who works two jobs, (to apparently support her child’s lavish e spending) has asked Microsoft for help in resolving the unfortunate “accident”.  The mother is claiming that neither the parental controls on the Xbox 360, or her actual parental abilities are good enough to curb Brendan’s love for gaming.

When he is in gaming mode he can’t be thinking about the money. You can’t put all that responsibility on a young boy.
It is impossible to monitor everything your children do. These companies should take some responsibility. They take advantage of vulnerable people.”

Which sounds like absolute bullshit.  Sometimes, you just need to take responsibility for your actions.  If Microsoft does give them back their money, it only reinforces the belief that it’s someone else’s fault.  When in actuality, it’s not.  I mean when I was six I “accidentally” broke a bunch of stuff in a store by playing.  My parents didn’t come out and say “these displays weren’t properly placed”, no they payed the money and my dad gave me a smack.  He would have given two smacks if I had an afro, and a third for being chubby.  I mean, the emotional damage that one would incur from forcing your family into bankruptcy from making frivolous charges on Xbox Live can’t be that bad, can it?