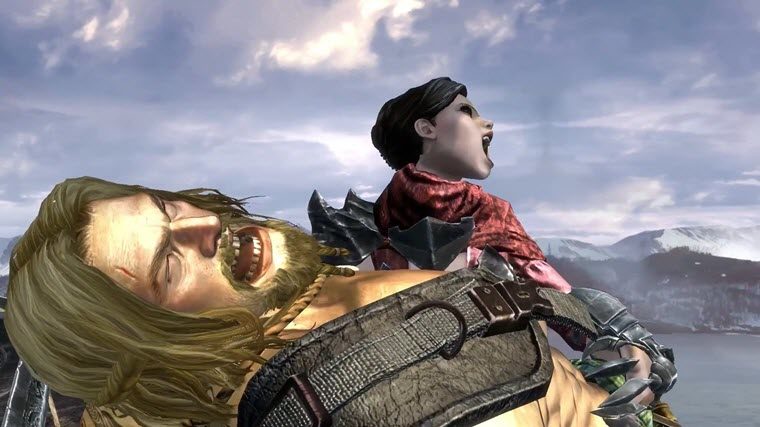 Another new Killer Instinct character, Tusk, was given the full reveal for the Xbox One and Windows 10 fighting game via a new trailer released Thursday. A certain vampiric character was also teased toward the end.

The addition of Tusk to Killer Instinct Season 3 has been known for a while. He was featured in a livestream hosted by Iron Galaxy just two weeks ago, after all. The character was originally introduced in the arcade sequel. He returns for the Xbox One version of the game as an immortal sword-wielding barbarian. The developers consider him to be on the easier characters to pick up alongside the likes of Jago, Rash, and others.

The previously leaked Mira was also teased. She is Maya’s twin sister and was resurrected as a vampire after she sacrificed herself to save her sister’s life. Not much is known about her abilities yet, beyond the following Tweet from Creative Director Adam Isgreen.

“Our teased [Killer Instinct] character has one of the best j.HK I’ve experienced in a fighter. +her other tools, she has so many air setups!” Isgreen exclaimed.

Killer Instinct Season 3 is set to launch on March 29 for the Xbox One and Windows 10. The game is free-to-play, but there are three different bundles to unlock new fighter immediately.

The Combo Breaker bundle is $19.99 and comes with the eight fighters introduced for Season 3. The Ultra Edition is $39.99 and includes the eight fighters plus 8 retro costumes, accessory sets, bonus Retro color 7 for all 8 Season 3 characters, and 18,000 KI Gold.