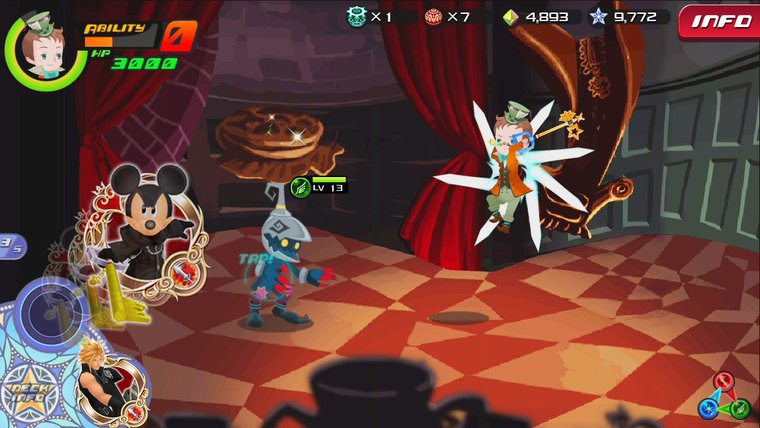 Kingdom Hearts 3 is still a good while away from release, with us finally starting to get more information on that game only recently with E3 and D23. That is the only full Kingdom Hearts game for consoles or handhelds systems that we know of coming, rather than bringing us more spinoffs, but mobile phones are getting a new game, at least in Japan.

Kingdom Hearts: Unchained Chi is coming this week to mobile devices in Japan, according to Gematsu, bringing the previously browser only game to a much better platform. With the time difference, this game will actually be arriving in only a few hours in Japan on September 3.

Coming to both iOS and Android, Kingdom Hearts: Unchained Chi is an interesting little game that may at least be able to scratch that itch we’ve been missing with no other Kingdom Hearts game this year.

The plot in the game is said to be connected in a way to Kingdom Hearts 3, but rather than the characters we’re used to using, you actually make your own avatar here. The whole thing all takes place before any game in the series so far, taking place even before the Keyblade War.

While this is scheduled for released on September 3 in Japan, the US has no set release date at this time, but it is confirmed to be coming at some point.