Madden NFL 15 Top CBs Say “You Shall Not Pass”

The latest news in the world of video games at Attack of the Fanboy
August 29th, 2014 by Dean James 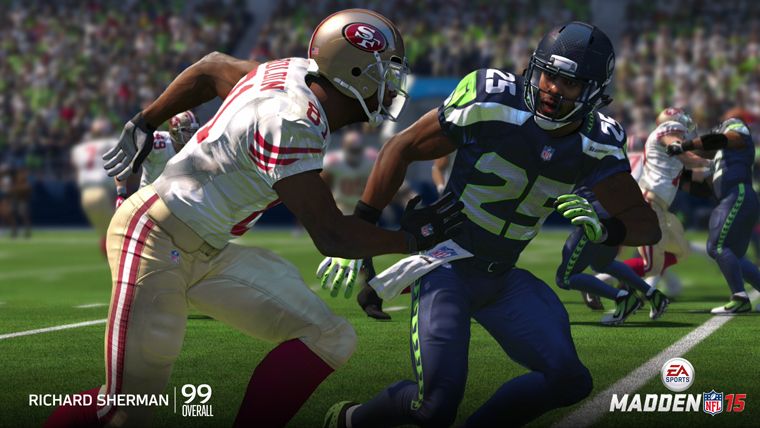 In Madden NFL 15, defense is truly king for about the first time and now we have finally reached the end of our player ratings on the defensive side of the ball. We’ve covered the front seven and the two safety positions, so that of course leaves us with one of the most vital positions in the game, the cornerback.

While the two safety position did not really feature any players rated in the high 90s, the cornerback position is very different as it features the highest rated defensive player in the game, cover athlete Richard Sherman. Sherman helped lead the Seahawks to the Super Bowl championship, even with some trash talk along the way, but unlike some players in the league, he was able to back that up with exceptional play. In fact, he is the top rated CB in the game at Strength, Catching, and Man Coverage.

Players like Sherman make playing defense in Madden fun again, especially with all of the new defensive features. Now that we’ve finished the offense and defensive sides of the ball, that means we only have special teams to go, so stay tuned for the final ratings tomorrow. The full gallery of the five top rated cornerbacks can be seen in the gallery above, with added analysis from the Madden rating’s wizard Donny Moore, courtesy of EA Sports.