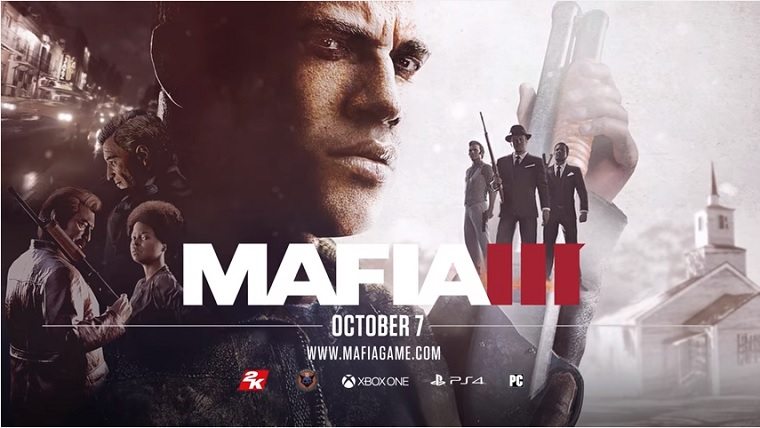 2K has released a new trailer for Mafia 3 called “One Way Road”. Not only does it show several characters and a bit of the story, it also revealed the long awaited release date for the game.

Fans will be happy to know that Mafia 3 will be out on October 7th, 2016 for the PS4, Xbox One and PC. The game will also have a few extra stuff if you choose to pre-order it. The pre-order bonuses include three vehicles and three weapons.

The game is set in the fictional city of New Bordeuax in 1968. 2K posted this description: “The city of New Bordeaux had survived the War of 1812, the Civil War and god knows how many hurricanes. But when Lincoln Clay went after the Italian Mafia in 1968, he inflicted more damage than all those wars and hurricanes combined.

Mafia III – It’s 1968 and the rules have changed. After years in Vietnam, Lincoln Clay knows this truth: Family isn’t who you’re born with, it’s who you die for.”

For those wanting to know, the song that plays throughout the trailer is “Son of a Preacher Man” performed by Dusty Springfield. The song fits within the timeline as it was recorded in the year of 1968. Fans may have heard the song before in Pulp Fiction.