Medal of Honor: Warfighter originally ran on Unreal Engine but switched to Frostbite 2 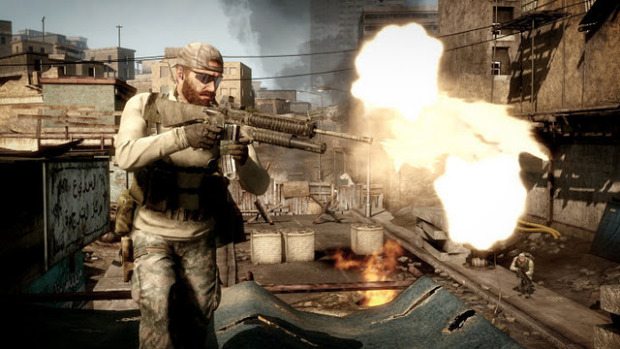 In today’s industry, the tech that games are powered by are often considered to be as vital to the success of the title as the gameplay itself. The decision on the part of the developers in terms of what engine their product should run on it’s a enormously important one. Months and months of laborious work and painstaking detail go into each and every frame of what you play upon release, so the game’s creators must be comfortable and familiar with the technology their using on a day-to-day basis.

There’s a host of reasons as to why developers pick certain engines over others, yet one engine that is not often outmatched is that of Epic’s Unreal. Head of EA Games Patrick Soderlund, speaking to Gamasutra, explained why developer Danger Close chose to ditch the Unreal Engine for Medal of Honor: Warfighter in favor of EA’s own Frostbite 2.

Soderlund stated that EA’s continuous push for quality and innovation led the mega-publisher to search for “game changers” with the ability to take products to new heights. To Soderlund, the powerful Frostbite 2 Engine behind Battlefield 3 fits that exact category.

“These are what I consider ‘game changers’ — things that you look at and say, ‘Okay, that was unexpected.’ For example, I think the Frostbite engine that we crafted for Battlefield 3 came out and people looked at it and said, ‘Wow, that really looked different; it felt like that’s kind of the next generation of gaming.'”

The EA Game chief continued by confessing that Frostbite 2 tech was actually a project intended for next-gen consoles.

“Yeah, I’ll be honest with you — Frostbite 2 was built for the next generation. That’s how we started it. We had that in mind and we said, ‘We’re going to have to build something that can scale.’ It doesn’t mean that what you see in Battlefield 3 is the end state. That’s the beginning; that’s where we start and then we go forward. But we have a tech base that makes me feel really confident in how we’re positioned for what’s going to come in the future.”

While the reveal of the Unreal Engine 4 and its reportedly jaw-dropping tech demo might make Frostbite 2 look instantly archaic when the public finally lays eyes on it, it was the Frostbite 2 engine that proved to offer more to Medal of Honor: Warfighter developer, Danger Close, and ultimately persuaded them to ditch the Unreal technology altogether.

“We take the philosophy on not forcing tech upon anyone,” said Soderlund. “It was basically a desire from that team, when they saw the results of Battlefield, and they saw the results of what that engine could do at the time. I’m not saying [Epic has] a bad engine — I’m just saying comparing the two at the time it was like, ‘Okay, we can do more of what we want with the Battlefield/Frostbite engine.'”