Next generation console graphics teased with preview of Unreal Engine 4

The latest news in the world of video games at Attack of the Fanboy
May 17th, 2012 by William Schwartz 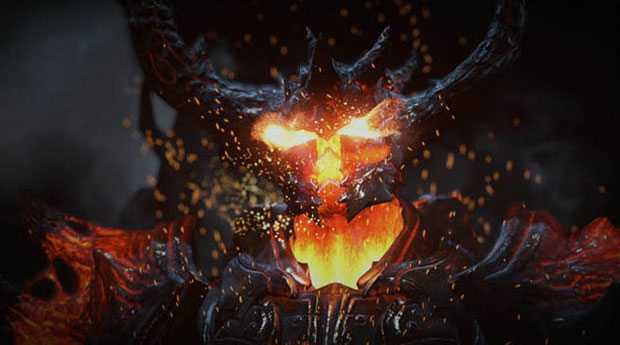 Epic Games has consistently been at the forefront of the charge pushing console manufacturers to develop hardware that will support and assist in ushering in a new age of graphical prowess. No singular event affirmed Epic’s mindset more than the showcasing of their mind-blowing Samaritan demo at GDC 2011. As astonishing as it was, Samaritan was demoed on a souped-up version of the Unreal Engine 3, the same one that is powering countless AAA games on the market today. As you’re well aware, consoles are still pretty far off from supporting such bewilderment, but that hasn’t stopped Epic from going forward to raise the bar even higher.

In a recent feature piece with Wired, Epic’s founder and head programmer Tim Sweeney reveals some salivating details regarding the first prototype of the Unreal Engine 4. If UE4 looks an inkling like what is described in Wired’s article, Sony and Microsoft are going to have to start allocating some serious resources to hardware development. Not only will the Unreal Engine 4 make game development enormously easier as it’ll allow developers to cut production processes by a year, it’ll make a mockery of the graphics featured on that console now sitting idly in your living room.

As detailed in the article, UE4 will not be simulating realism, it will be creating it. According to Sweeney, producing a game that operates on a level that is comparable to human vision will require hardware at least 2,000 times as powerful as today’s highest-end graphics processors. So again, you won’t be seeing this kind of tech anytime soon. Still, engines this powerful don’t just provide a glimpse to what the future of gaming can be, they offer us a vision of what they will be assuming that the console hardware will eventually catch up.

“UE4 introduces dynamic lighting, which behaves in response to its own inherent properties.”

The Unreal Engine 4 will for the first time, introduce technology capable of showing and rendering millions of independent particles operating entirely on their own:

“With Unreal Engine 4, there can be millions of such particles, as long as the hardware is potent enough to sustain them. Game developers overuse features of every new engine, because they are suddenly so easy to implement. In the original Unreal Engine, for example, the ability to render colored lighting led to a rash of games that employed the effect. The same may prove true for UE4′s particle effects, for better or worse.”

The article continues by detailing how the engine will support a dynamic lighting system to provide for a real-time transition for both natural and artificial light sources, acting as if they would in our everyday world:

“UE4 introduces dynamic lighting, which behaves in response to its own inherent properties rather than a set of preprogrammed effects. In other words, no more faking it. Every light in a scene bounces off every surface, creating accurate reflections. Colors mix, translucent materials glow, and objects viewed through water refract. And it’s all being handled on the fly, as it happens.”

Sweeney also stated how the Unreal Engine 4 comes equipped with tools to cut both production times and costs. It does this by allowing developers to see changes to the game in real-time as they work.

The entire article in Wired is well-worth the read if you value what truly “next-gen” consoles may be able to offer. Kismet 2, Epic’s newest visual scripting tool, is also interestingly detailed. The software has the ability to allow level designers to program not just the design of their characters and environments, but to render how they interact with the player as well. Normally, designers would have to wait and rely on a programmer to do such work before moving forward.

We’re hoping to get a short glimpse of the Unreal Engine 4 at E3 in June, though we’re sure our appetites will just be further whetted. For now, we’ll just have to stick to playing around with that “ancient-looking” Unreal Engine 3.