Metal Gear Rising Not Part of the Solid Series 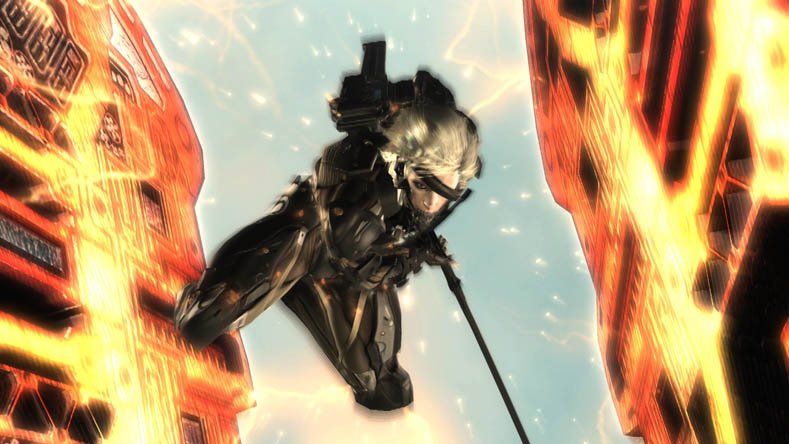 Last night, Metal Gear Rising was revealed to the world.  In somewhat different form than had been previously shown, the game also lost something in its title:  Solid.  Fans who might be confused about the new name and announcement that Platinum Games would take control of development for the title have received some clarification about the upcoming Metal Gear offering.  While the game will feature Raiden of the Metal Gear Solid games, as well as other characters from that world, it won’t be an official Metal Gear Solid release.

Metal Gear Rising: Revengeance will not be part of the Metal Gear Solid series or timeline.

From the official site for Metal Gear Rising: Revengeance

Metal Gear Solid: Rising was a spin-off intended to feature the actions and transformation of Raiden, one of Metal Gear Solid 2: Sons of Liberty’s main characters, in the lead-up to Metal Gear Solid 4: Guns of the Patriots. However, after Platinum Games came on board, the story was changed to take place several years after Metal Gear Solid 4 to give them more of an opportunity to show off what they can bring to the series. Cyborgs are spreading at a rapid pace in the game’s world, resulting in earth-shattering superhuman action at every turn!

The original aim for a combination of stealth and action has also been enhanced, for a more aggressive new focus on pure, exhilarating action.

Naturally, Kojima Productions is still overseeing the game’s story and its world, and is also providing visual direction to ensure Metal Gear Rising: Revengeance retains the characteristic look of the Metal Gear series. Though its exact identity is a step apart from the Metal Gear Solid games, the blood of the series still flows within this new Metal Gear.
Kojima Productions also released a handful of new screenshots for the upcoming game.