The latest news in the world of video games at Attack of the Fanboy
April 6th, 2018 by Jelani James 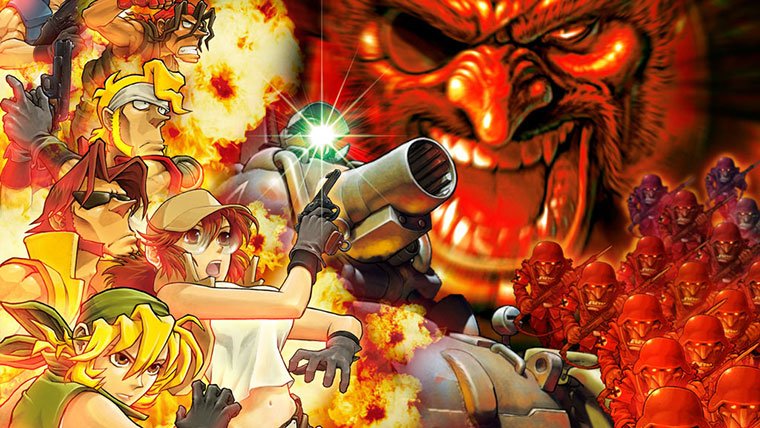 For those unfamiliar with the game, Metal Slug XX is an updated version of Metal Slug 7 on (the original version was released on the Nintendo 3DS in 2008) which released for PSP in 2010 (2009 in Japan). It features the same gameplay as all the others that came before it, but this entry is notable for adding The King of Fighters’ Leona Heidern as a playable character.

As for this iteration of the game, not much information is known but more information is expected in the coming months. That said, assuming it has similar features as the PSP version, as well as the one that arrived on the Xbox 360 via the Xbox Live Arcade in 2010, then we can assume the PS4 version will also have co-op and DLC.

In related SNK news, a special anniversary collection — titled the SNK 40th Anniversary Collection — was announced for the Nintendo Switch and is coming this fall, and the previously-announced SNK Heroines: Tag Team Frenzy is confirmed for a Sept. 7 release date and will be adding the elusive Shermie as a playable character.