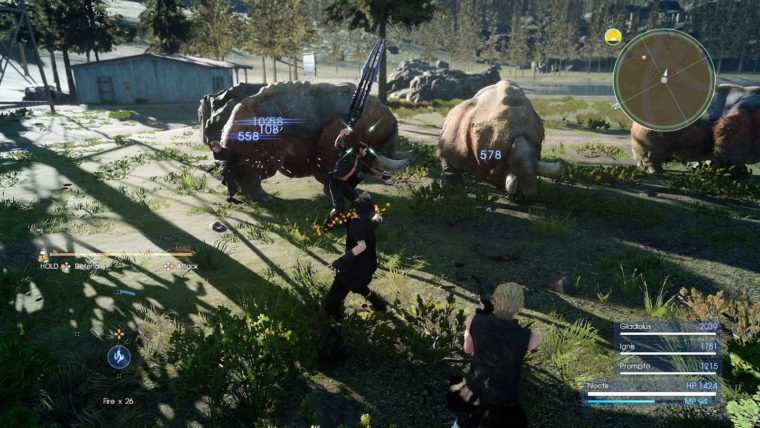 Online retailer, Mighty Ape, is offering some sweet looking DLC if you pre-order Final Fantasy 15 from them. This offer is only available to customers living over in the countries of Australia and New Zealand. 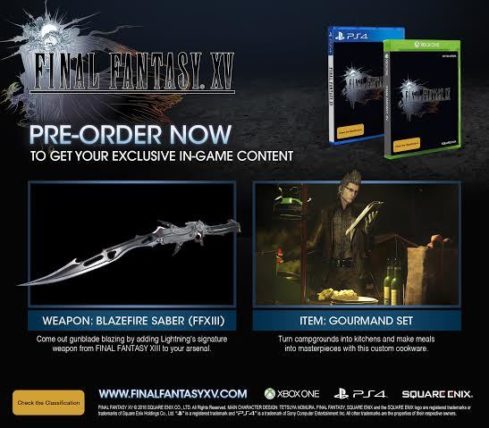 Two DLC items are available if you pre-order Final Fantasy 15 from Mighty Ape. The items are different from what is being offered in the Deluxe Edition which is only available at EB Games. EB Games is offering different types of DLC. Details of the two Mighty Ape items can be seen below.

Weapon: Masamune (FFXV) – The legendary sword Masamune is back, specially redesigned for FINAL FANTASY XV. Add it to your arsenal and cut your enemies down to size. Item: Gourmand Set – Turn campgrounds into kitchens and make meals into masterpieces with custom cookware.

Mighty Ape notes that this is a Day One Edition of Final Fantasy 15, so these DLC items should only be available for you to download if you buy the game early. If you leave the purchase too late, you will only get the game itself without the cool extras to go along with it.

Final Fantasy 15 will be available worldwide on September 30th, 2016. It will initially be out for the PS4 and Xbox One consoles only. Square Enix is interested in a PC version, but that won’t be out until a later date.