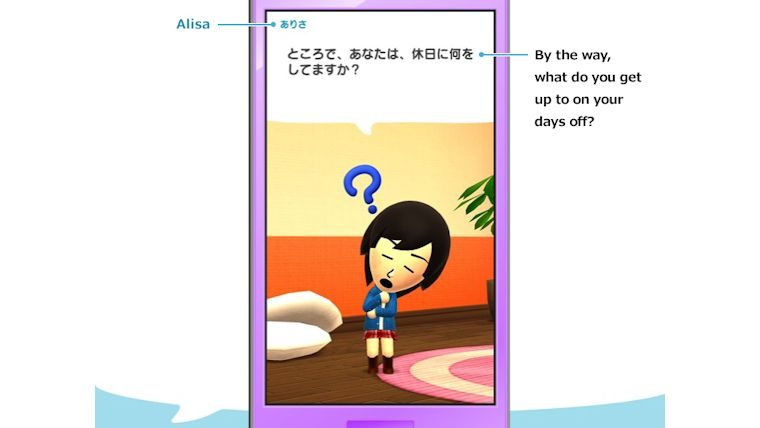 Nintendo has always been very hesitant to branch out beyond its console and handheld roots, but they announced an unprecented partnership earlier this year with the mobile company DeNA to produce Nintendo games for mobile platforms. Nintendo held one of their investor meetings last night and they used that opportunity to unveil Miitomo to the world for the first time.

Miitomo is officially the first Nintendo game for mobile devices, which will utilize the very popular Miis that were first popularized on the Wii. While there still isn’t a lot known about the game, Nintendo president Tatsumi Kimishima explained it a little during the investors meeting.

Essentially, you will either create a new Mii or import one to your game. At this point, your Mii will speak with you about a number of things, which will then lead to that Mii speaking with Mii characters made by your friends. In the process, conversations can be started and you may learn new things about your friends that you did not know previously. So far, it sounds like a simpl life sim style game at the most, but we’ll have to hear more to know for sure.

Miitomo will have a free-to-play model associated with it, but while they are going with this style for Miitomo, they said other games in the future will be pay-to-download as well. It would make sense that the microtransactions here are likely new clothing or something, as Miis have more real life clothing options here, but they did not divulge that information yet.

Just like the new Nintendo Account and My Nintendo program, Miitomo will be launching sometime in March 2016.