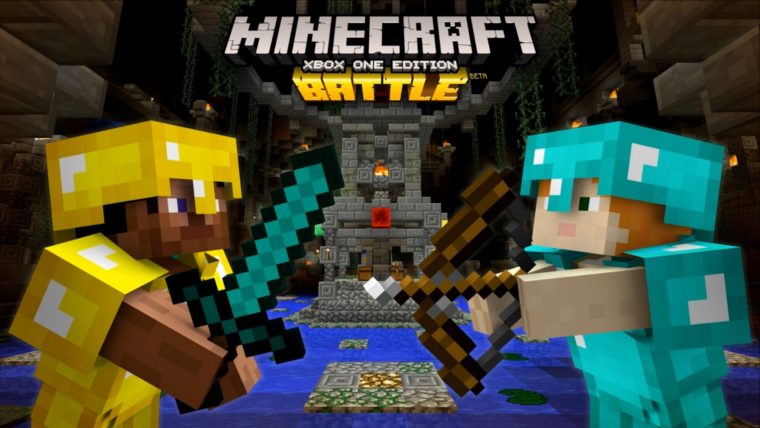 The Minecraft Battle Mode Update is rolling out across the game’s many different versions right now. In case you aren’t up-to-date on console Minecraft news, this is the brand new mini-game mode where players face off in a battle arena style game. We took a look at it pre-launch, so be sure to check out our hands-on impressions right here, as well as our extensive gameplay footage.

UPDATE: The update is taking a while for some consoles. If it hasn’t shown up for you, just give it time and check back later.

Minecraft Battle Mode is the first of a few planned mini-games that will arrive on the console versions of the game. This one is based on the extremely popular Hunger Games style multiplayer that players have previously had to setup on their own. Since the game doesn’t allow a lot of rule changes, players sort of had to work off of trust, or very specially setup maps. Now, all of that is handled for them in a very easy to start battle arena.

Minecraft Battle Mode will launch with three available maps, with more coming via paid DLC. There is also a season pass available, if you want to get a bundle of new maps.

This update also addresses a few other things, such as adding a “safe sprint” control option that makes it so you don’t go into third-person when you try to begin a run. There were also a few minor changes and bug fixes, so check out the patch notes to see what might have been altered.

Minecraft Battle Mode will be available on PS3, PS4, PS Vita, Xbox 360, Xbox One, and Wii U starting today, so be sure to download the update if you want to start slaughtering your friends.