Minecraft Gets Bigger on the Inside with Doctor Who Skins 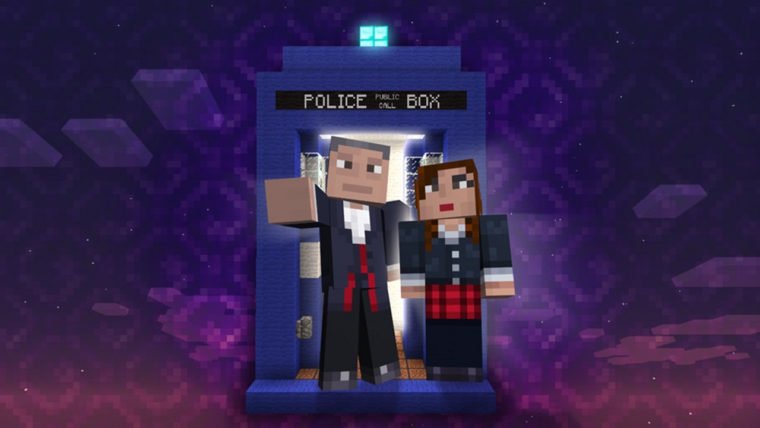 Microsoft, Mojang, and the BBC have announced that they will be teaming up to bring Doctor Who skins to Minecraft: Xbox 360 Edition. There will be multiple skin packs made available as time goes on, but the first one will arrive in September. It will feature “a character inspired by the Twelfth Doctor, plus five other Doctors, each of their on-screen companions and some of the Doctor’s most well known adversaries including his arch-nemeses, the Daleks” and be available for $2.99.

Future packs will include characters spanning the 50 year history of the show, but each one will have at least six Doctors. The releases will coincide with episodes of the show’s eighth season, which is airing now on BBC.

“We’re constantly looking for new and innovative ways to bring Doctor Who content to our loyal fans. Working collaboratively with Microsoft, we’ve created an exciting new product which will allow Doctor Who fans to create their own brand new adventures in the heart of the iconic world of Minecraft,” said Rikesh Desai, Digital Entertainment and Games Director at BBC Worldwide UK.

While this announcement exclusively mentions Minecraft: Xbox 360 Edition it is possible that these skins could make their way to the Xbox One version which should be released some time soon. With such an emphasis on the deal being made with Microsoft it is doubtful that the Doctor Who skin packs will end up on the PS3, PS4, or PS Vita version any time soon, if at all.

Call me crazy, but I’d love it if this deal ended up resulting in a Doctor Who mash-up similar to the ones made for Skyrim and Halo on Minecraft: Xbox 360 Edition. How cool would it be to be able to explore iconic Doctor Who locations like Gallifrey, a Dalek ship, or Trenzalore? Yeah, that’ll never happen, but it’d be pretty cool.