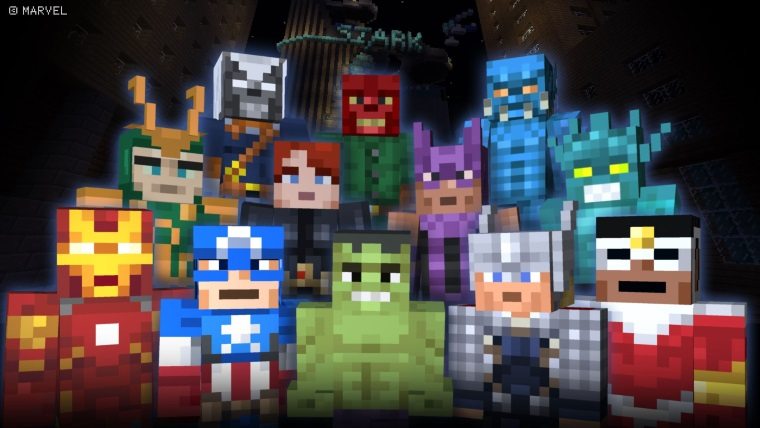 If you want to be able to play Minecraft as your favorite Marvel characters then you had better act fast. The three Minecraft Marvel Skin Packs will only be available for the rest of today on Xbox 360 and Xbox One. After today they will no longer be available, unless Microsoft and Disney can work out a new deal.

The three currently available Skin Packs are themed after various Marvel properties. These include Guardians of the Galaxy, Avengers, and Spider-Man. You can buy them all separately for $1.99 to $2.99, or grab the Minecraft Marvel Skin Packs Bundle, which contains all three, for $6.99. Click here to head to the Xbox Store to grab them.

Minecraft on consoles has had a ton of various Skin Packs made available, usually for various entertainment properties, such as Star Wars, Simpsons, and many more. These aren’t quite as intense a re-skin of the game as the Mash-up packs, which re-texture the entire game after whatever property it is based on. So far it has been rare for Skin Packs to become unavailable later on, but likely there was some licensing agreement that expired, and it wasn’t worthwhile for one of the parties’ to renew it.

Thankfully 4J Studios, the developer of the console versions of the game, gave enough notice though, so if you’re still interested in the Marvel Skin Pack for your Minecraft experience, be sure to grab it before it’s gone.