The latest news in the world of video games at Attack of the Fanboy
March 22nd, 2016 by Scott Grill 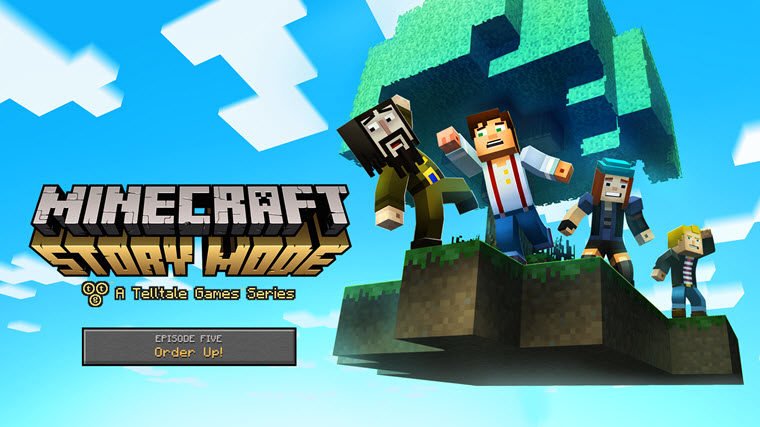 Minecraft: Story Mode news about the fifth episode in Telltale Games’ episodic series was expected. The studio still managed to surprise with Tuesday’s announcement not just about that final episode, but three additional ones as well.

Telltale Games is bringing the fifth Minecraft: Story Mode episode, titled Order Up! to the PS4, PS3, Xbox One, Xbox 360, iOS, and Android devices on Tuesday, March 29. This will conclude the Wither Storm story arc and serve as a bridge to a set of three new episodes coming in 2016.

These new episodes will continue the adventures of Jesse and the New Order of the Stone. However, they are not included in the season pass. Fans will need to purchase episodes 6, 7, and 8 separately. Additional details about the episodes were not shared, but the plot for episode 5 was given.

In the upcoming Episode 5, on a tip from Ivor, Jesse and friends head to an abandoned temple holding mysterious treasures. Ambushed by former Ocelot Aiden and his crew, our heroes find themselves in an entirely new world: Sky City! As they explore, the Order finds that resources are at a premium, and nothing but ‘The Void’ exists below the known world. When Aiden convinces Sky City’s ruler that the New Order of the Stone are up to no good, you’ll need to make some tough choices to clear your name, and keep Aiden from destroying an innocent world.

Additionally, the cast of Minecraft: Story Mode will expand. Sean Astin (The Goonies, The Lord of the Rings) joins the series as Reginald, the loyal Captain of the Guard along with Jim Meskimen (Parks and Recreation) as the rebellious Milo, and Melissa Hutchison (The Walking Dead: A Telltale Games Series) as the Founder of Sky City.