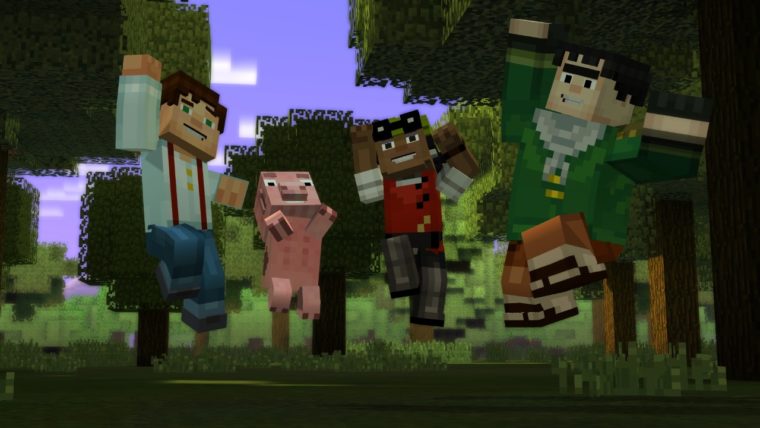 Minecraft: Story Mode will finally make its way to the Wii U on January 21st according to developer Telltale Games. This marks the first time that a Telltale title has made its way to Nintendo’s current console, having had previous games appear on the Wii, but not its successor. There are currently four episodes available in the series on other platforms though only the first will be hitting on the 21st, with the other episodes to follow in the coming weeks.

“Minecraft: Story Mode – A Telltale Games Series will be coming to Nintento’s Wii U console on January 21st with the first episode, ‘The Order of the Stone,’ available in the Nintendo eShop on Wii U in North America and Europe for $4.99 or equivalent. Telltale will also be bringing additional episodes to the console in the coming weeks, with a Season Pass option for $19.99 that will allow access to episodes 2 through 5 as they become available for download.”

The Wii U version will take advantage of the platform’s unique functionality. That means off-TV play, as well as mirroring between the Gamepad and TV. You can also use touch controls instead of traditional joysticks and buttons if you want to.

“Telltale Games is synonymous with quality gaming and compelling content,” said Steve Singer, VP of Publisher & Developer Relations at Nintendo of America Inc. “We are thrilled that Nintendo fans will have the opportunity to experience this first-hand with the debut of ‘Minecraft: Story Mode’ on Wii U.”

“Working with Nintendo, we’re tremendously excited to be bringing our unique style of storytelling to Wii U for the first time, and we couldn’t be happier to be kicking things off with a series like ‘Minecraft: Story Mode’ that allows players of all ages to craft their own adventure across the Minecraft universe,” said Kevin Bruner, CEO and Co-Founder of Telltale Games.