Monster Hunter Stories 2: Wings of Ruin Coming This July, Will Have Friendly Co-op

The sequel to the 3DS RPG lands in a few short months.

Monster Hunter Stories 2: Wings of Ruin will release in July according to today’s Monster Hunter Digital Event, and we got to see a bit more of the upcoming Nintendo Switch exclusive (such as the new co-op feature).

Monster Hunter Stories 2: Wings of Ruin takes place after the first game, and this time around the protagonist has been entrusted with a young Razewing Ratha (a Rathalos with dark-tipped wings). Naturally, there’s a prophecy concerning the young creature – one of fire, death, and the titular ruin – so it’s up to him and his companions Ena and Navirou to protect the “little” guy.

That’s obviously a simplified version of what’s going to transpire over the course of Stories 2’s campaign, yet Capcom didn’t reveal much more outside of what was seen in the trailer. The trailer at least showed off the new co-op feature briefly, which will allow you and a friend to team up for battles. 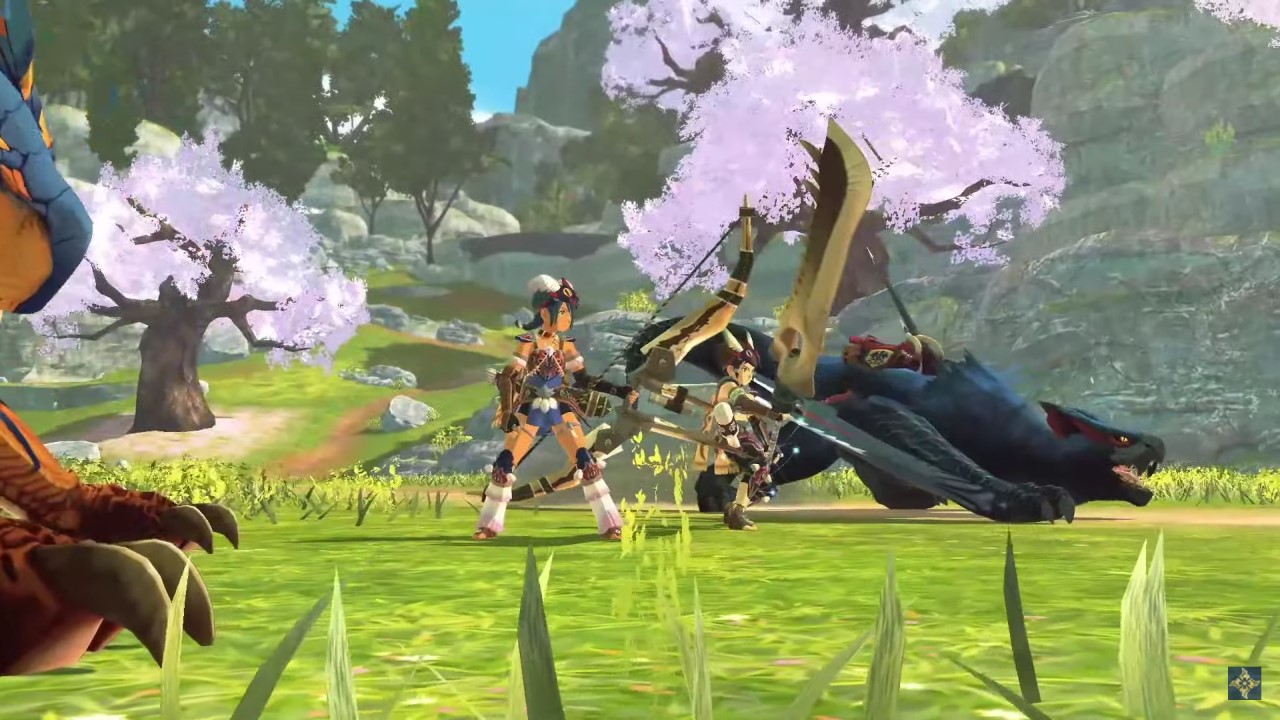 To end the short presentation, Capcom revealed what will be included in the Deluxe Edition of Stories 2, some of the pre-order and Monster Hunter Rise bonus goodies, and the three Amibo attached to the game.

Both physical and digital versions of the Deluxe Edition will come with the game itself, in addition to the Kuan Coat outfit for Ena, two different Razewing layered armor sets for the protagonist, two sticker sets, a Spikey Nergal hairstyle for the player, and two outfits for Navirou.

Players who pre-order the game will receive a Kamura Maiden outfit for Ena (as worn by the twins in Monster Hunter Rise). Anyone with save data on their Nintendo Switch for Rise will also receive the Kamura Garb layered armor set for the protagonist (the armor worn by the Sword and Shield preset in the Rise demo). 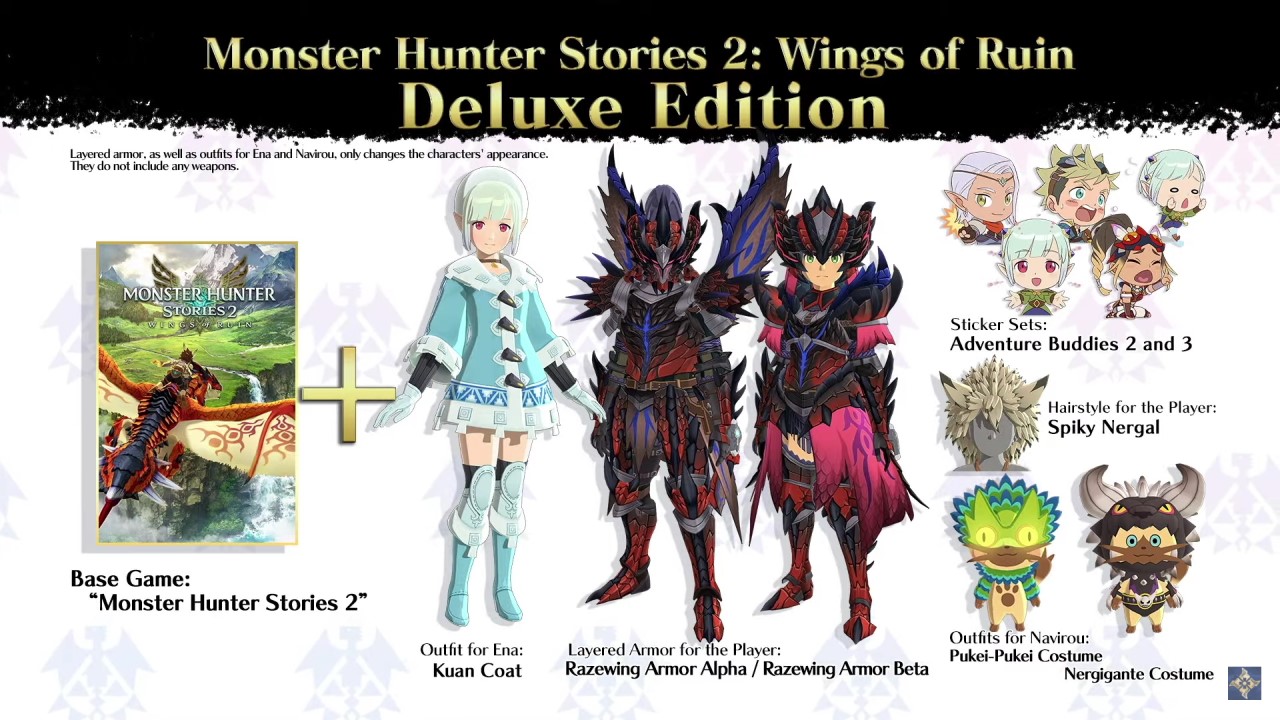 Of course you can’t have a Nintendo Switch exclusive without an Amibo or two these days. Monster Hunter Stories 2 will launch alongside three different Amibos for collectors to grab, each with their own unique layered armor set available in-game (which were not shown off). The three Amibo include Ena holding the Razewing Ratha egg, the adult Ratha, and the palico Tsukino.

Capcom confirmed we’ll learn more about Monster Hunter Stories 2: Wings of Ruin closer to launch. For those unfamiliar with Stories, the series is a turn-based, narrative-focused off-spin within the long-running action-RPG series. Dip Monster Hunter into a thick bucket of anime paint, throw in some Pokemon-esque gameplay, and you get Stories. 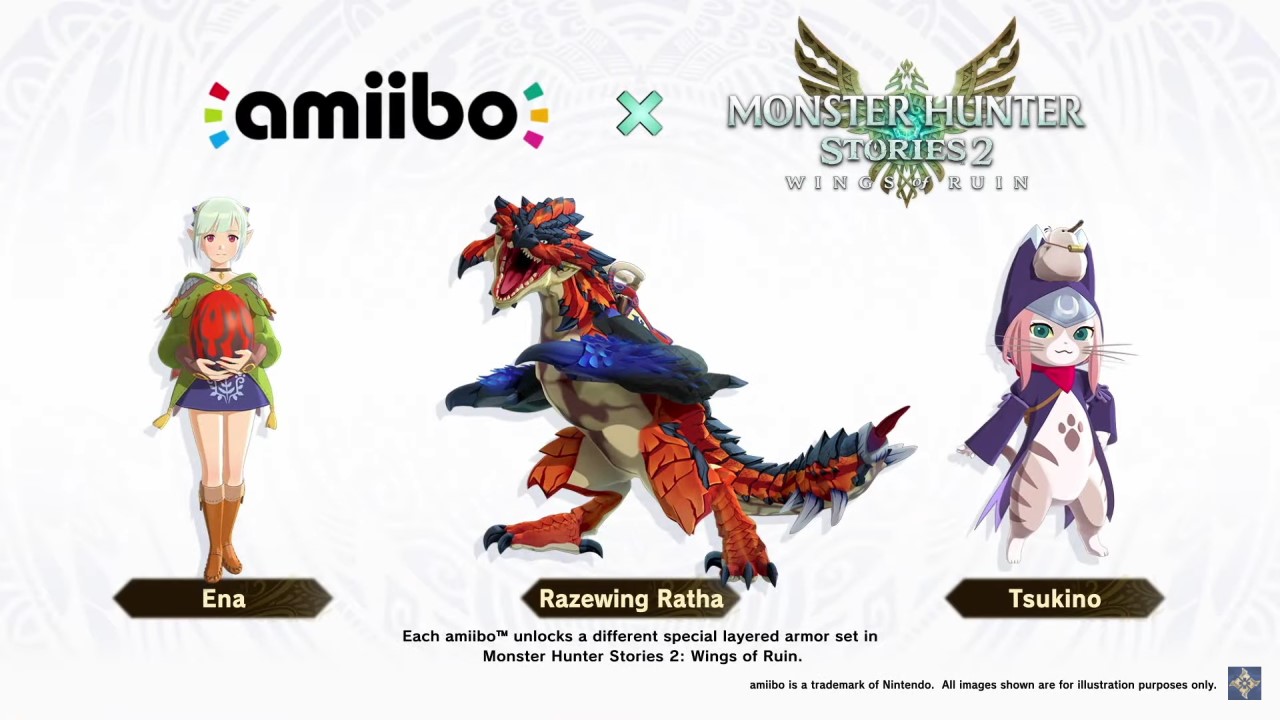 The first title was exclusively on the Nintendo 3DS, though you shouldn’t need to play it to understand what’s going on here in the sequel (though, if you want to play it and lack a 3DS the game is available on iOS and Android nowadays). Still, if you love the franchise and turn-based RPGs then this is a title worth tracking.