New Hearthstone Expansion, ‘The Grand Tournament’, Due Out Next Month 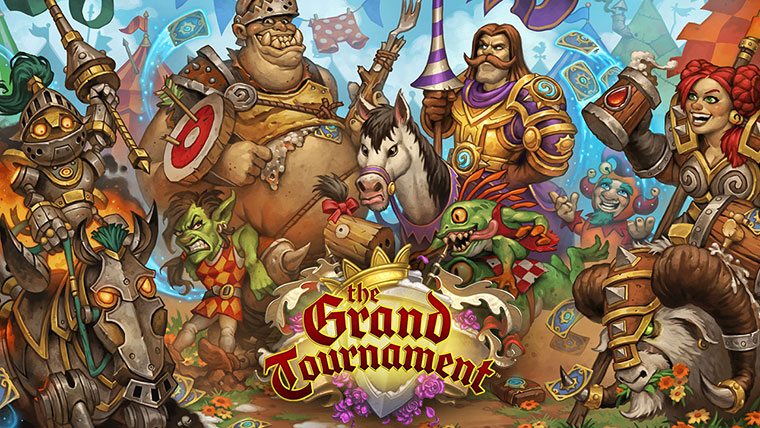 It’s only been a few months since the release of the Blackrock Mountain expansion for Hearthstone, but there’s already more where that came from. Blizzard have announced today through their official website that a new expansion, The Grand Tournament, will be available to play in August.

Years ago, the Argent Crusade started the tournament as a way to find champions fit to take on Azeroth’s greatest villains. Now that the Frozen North is less perilous (and a tad bit warmer), the Grand Tournament has a playful side to it. Ogres, Pirates, Dragons, and even Murlocs have sent their finest Knights, ready to strut their stuff and show what they’re made of—all in the name of fun!

As with previous outings, it’s a rather meaty expansion, so we’ll try to summarize the very juiciest parts.

Sneak peeks into the new cards will be available up until The Grand Tournament’s unveiling, determined by a vote. A fifty pack bundle of Grand Tournament cards is also available, priced at $49.99 and not unlocked until the fighting begins.

Also, it’d be remiss of us not to note that yeah, there’s a pirate riding a parrot into battle.

Home / Game News / New Hearthstone Expansion, ‘The Grand Tournament’, Due Out Next Month