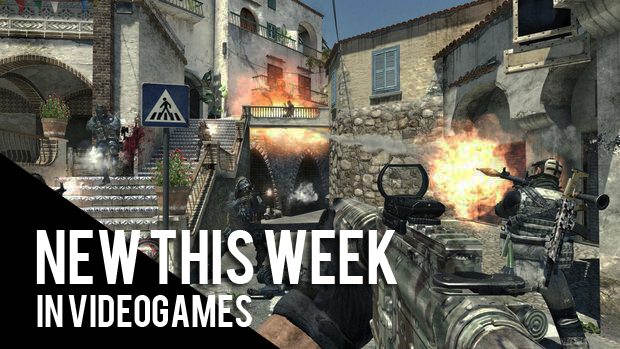 Here are your video game releases for the week of January 22nd, 2012.

Call of Duty: Modern Warfare 3 “Content Drop #1” – (Xbox 360 Elite Users) – The first bout of scheduled content will include only two new multiplayer maps. Liberation is a map that is said to be geared more towards the methodical Call of Duty players, with long sight lines for snipers, and team work required for success. Liberaton is set in New York City’s Central Park. The second map, Piazza, was developed with the “run & gun player” in mind. With vertical elements and many pathways to choose from, Piazza’s winding stairways throughout the seaside village of Italy is sure to provide some intense gunplay.

Scarygirl – (PS3) – Scarygirl is a wondrous adventure through a beautifully-bizarre world based on the Scarygirl graphic novel created by acclaimed artist Nathan Jurevicius. Scarygirl, an abandoned girl, dressed like a pirate, with a tentacle arm, is sent on a quest to discover what happened to the Tree of Knowledge. Along the way, she’ll be aided by a giant octopus, a mystical kung-fu rabbit, and vendors who sell new attacks. She can also enter a shadowy version of the world to unleash truly wicked attacks.

The Sims 3: Master Suite Stuff – (PC/Mac) – Home is where the heart is! Whether your Sims relax in a bubble bath in their luxurious bathroom, enjoy some down time in their exquisitely furnished bedroom, or wear new intimate apparel for their special someone, The Sims 3 Master Suite Stuff adds some sizzle to their home life!

Oil Rush – (PC/Mac) – OilRush is a real-time strategy game based on the group control. It offers mechanics of a classical RTS combined with a Tower Wars genre: control construction and upgrading of production platforms as well as their defence forces, and send battle groups of naval and air units to capture enemy’s platforms and oil rig.

Puddle – (Xbox 360) – What began as a student project that won a Student Showcase prize at Independent Gaming Festival at GDC 2010 is now a full-fledged downloadable game experience like nothing you’ve ever played before. Guide puddles of fluid through a variety of novel, themed environments (the human body, a garden, a foundry, and more). But to do so, you must tilt the environment, balancing each fluid’s unique properties with the environmental factors of gravity, friction, and each course’s obstacles.