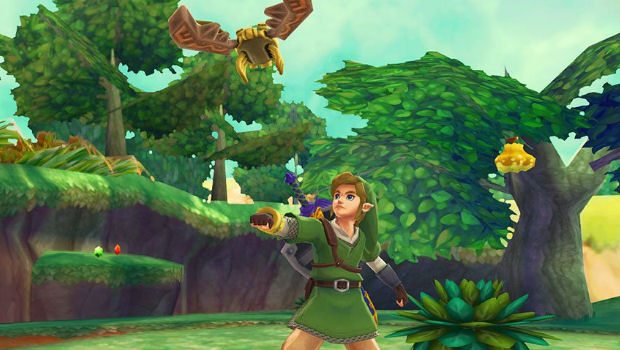 If you plan on making the trip out to San Diego this week for Comic-Con 2011, chances are you’ll be so intent on catching a glimpse of what the film and television industries have planned and busy fighting your way through the masses of caped, spandex-wearing fans that you’ll hardly have time to check out and perhaps play what Nintendo is offering attendees. Here is what you’ll be missing:

What you can expect to see is extra nerdiness and fanfare for all things relating to the Zelda universe, as Comic-Con 2011 will be  the first time in which the public will be able get their hands on The Legend of Zelda: Skyward Sword. Considering Skyward Sword could very well be the last major release for the Wii, this year’s Comic-Con is sure to serve as an informal farewell to the Nintendo Wii – a next-gen console that hasn’t reached its fifth birthday, yet is already on par to be replaced with the release of the Wii U sometime next year.

Comic-Con gamers looking for a non-Nintendo experience will be happy to know that Frank O’Connor and other employees from 343 Industries will be on hand to discuss the first 10 years of the Halo franchise and offer a preview of how they plan on taking the Bungie brainchild to new heights. Plenty of snippets are also sure to be discussed on what they intend on presenting at the unofficially titled “Halo-Fest” that will be given an entire floor to work with at this year’s PAX show.