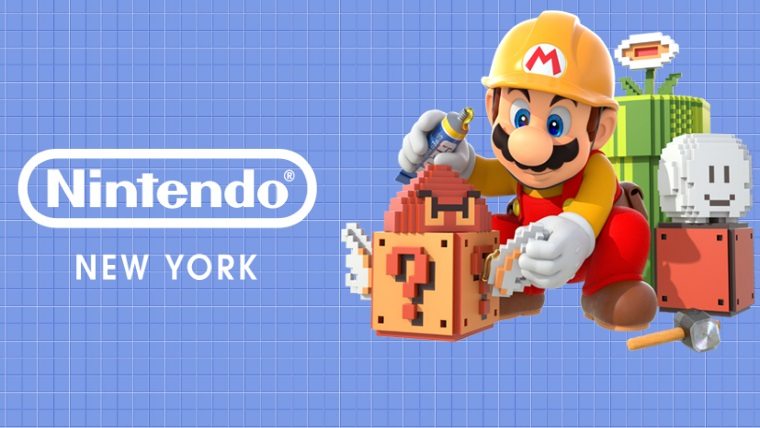 If you are a Nintendo fan then one of the pilgrimages that you have to make once in your life is to the Nintendo World Store in New York City. Starting in February though that trip will be very different from what fans have had before, with the store announcing a major renovation that will alter the entire experience.

Beginning in Feb.2016, Nintendo World will become Nintendo NY: a brand new experience where everyone comes to play! Stay tuned!” reads the tweet from the official Nintendo World account, which has already transitioned to Nintendo NY. This isn’t much info to go on though, simply promising something new for fans to experience.

Checking the Nintendo World website yields a bit more info, revealing that “Nintendo World will temporarily close it’s door for a major renovation from January 19th through February 19th to become Nintendo NY. We are powering-up the store with an updated interior design, new Wii U and Nintendo 3DS demo stations, a 15-foot gaming screen, and much more!”

So it seems that the store will be getting bigger and better, with a heavier emphasis on actually playing the games that Nintendo is releasing. In its current form, the Nintendo World Store has a few demo stations, but largely it is a traditional shopping experience, just with all Nintendo items around. The big draw for many fans is the display section, which shows a ton of historical items related to the company. Hopefully this remains, or is even expanded somewhat.

The renovations will take an entire month, so it seems that this isn’t some simple coat of paint. The idea seems to be a shift toward more of an experience, rather than just shopping for items. Many of the items found at the store (such as the Zelda hoodie I am wearing right now) are exclusive to the store. These items will likely remain, but we’ll have to wait for the renovations to end to see.