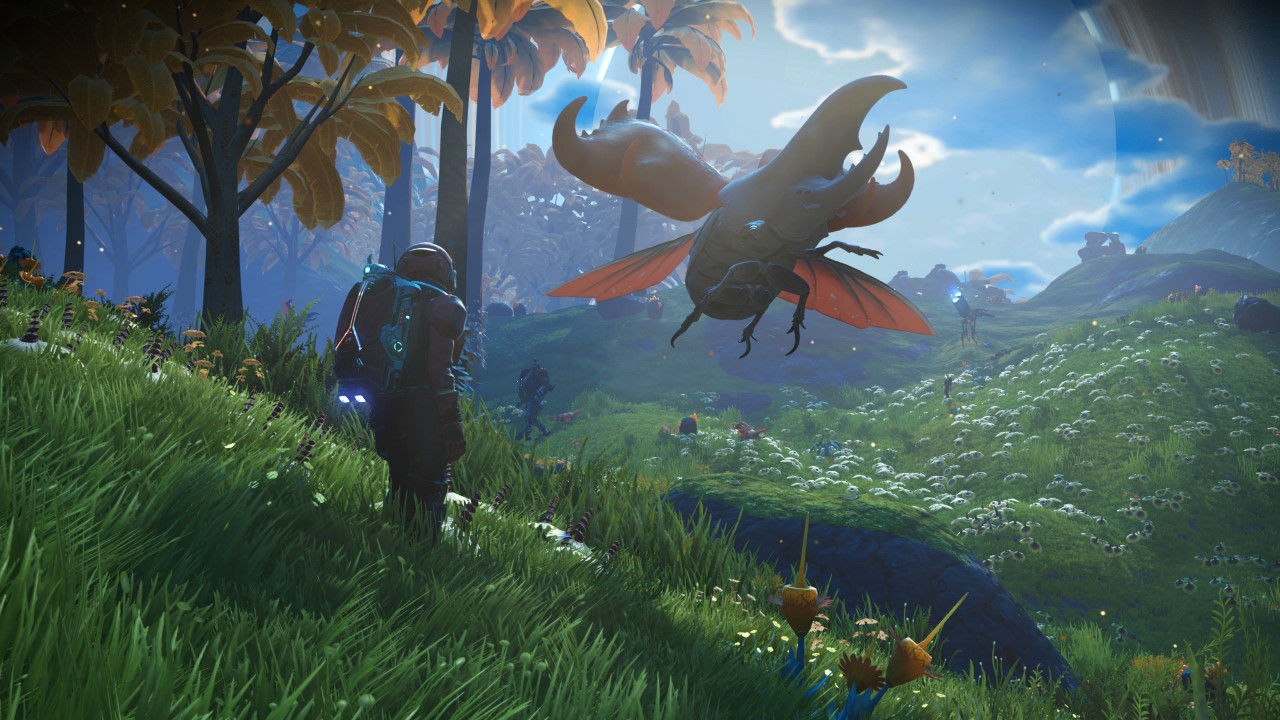 Hello Games has been cranking out quality updates to No Man’s Sky for the last four years, and their upcoming Next Generation update will bring the space-exploration game to the, well, next generation of consoles. Otherwise known as Patch 3.10, the update will include massive improvements to the game’s graphics, expand multiplayer to 32-players, and offer up 60FPS gameplay at 4K on the upcoming consoles.

No Man’s Sky Next Generation will launch November 10th.

Despite being announced today, No Man’s Sky Next Generation won’t be out until the next-generation of consoles start to arrive on November 10th. While PC players with high-end rigs will be able to take advantage of the improved Ultra settings (such as the new “ultra” biomes and greater draw distance), they too will have to wait.

Update 3.10 will usher in a few dramatic changes for console players. Base building will no longer have a render limit, so next-gen console players can go absolutely nuts with their bases. Multiplayer is being expanded to 32 simultaneous players, and there will be crossplay across all platforms. PlayStation 5 and Xbox Series X fans can play the game at native 4K and 60FPS, which is a stark boost over the current-generation of consoles. The Xbox Series S will come with two modes for players to choose from: native resolution at 30FPS, or a “high performance” mode for buttery 60FPS gameplay.

Of course there are a few other additions coming, as listed in the official patch notes. The best part about the Next Generation update? It will be free to all No Man’s Sky owners on all platforms. You can download the game on your new next-gen console, and it will automatically be updated to patch 3.10. Xbox saves will transfer over without much fuddling, though PlayStation owners of No Man’s Sky will need to manually upload their saves via a new option in the game’s start screen before resuming their game on PlayStation 5.

I’m excited to see how much prettier the game becomes after this update, especially since Origins expanded biome and planet diversity. According to Hello Games, the Next Generation 3.10 Update, “. . . marks a moment in time where No Man’s Sky can start to build towards a future which is less restricted and full of possibilities.” If that means they can finally expand on the game’s core loop then I’m game for whatever else No Man’s Sky has in store for the future.