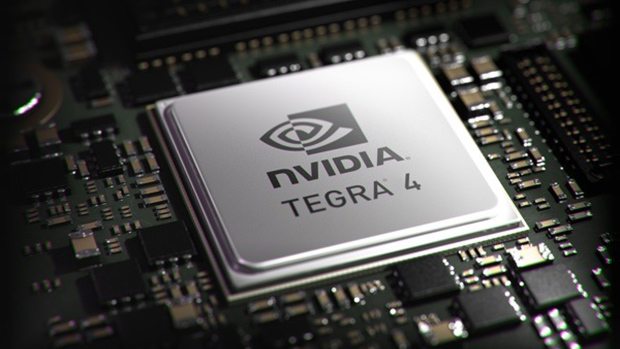 Last night at a press conference in Las Vegas, Nvidia unveiled the Tegra 4 mobile processor. According to the company, the Tegra 4 is can achieve graphics performance in multiples of the Tegra 3 processor that is currently offered in devices like the Nexus 7 and other tablets. 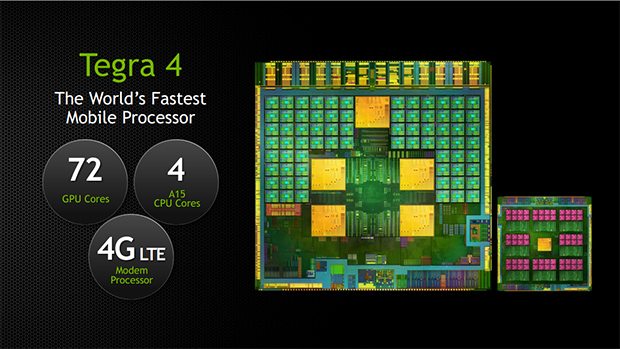 The Tegra 4 utilizes 4 ARM Cortex-A15 cores, a second generation battery saver core, and features 72 custom GPU cores. What does this mean for games on these tablets? Well apps and games will surely see a boost in performance by the additional horsepower, but 4K content playback could also be a possibility on devices with the Tegra 4.

The Tegra 4 won’t just boost game performance. Other aspects that this stronger processor will improve is in the functions related to taking pictures with these devices, reducing the time spent in processing camera related functions. Nvidia is making big claims with the Tegra 4, saying that is up to 3.5x faster than any processor on or coming to market in the near future. 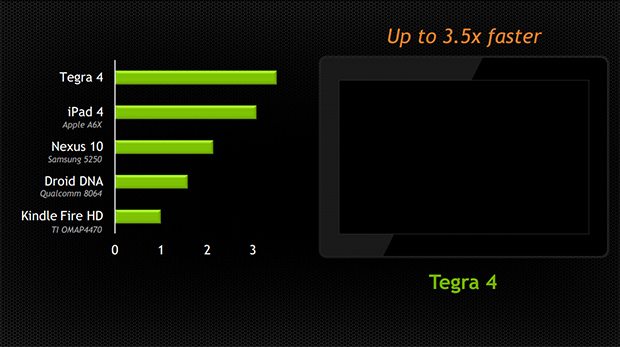 The cherry on top of all these increased specs. Nvidia claims that the Tegra 4 is far more efficient than Tegra 3, and that it consumes a whopping 45 percent less power than its predecessor. The company did not detail when this new technology would begin shipping in devices.