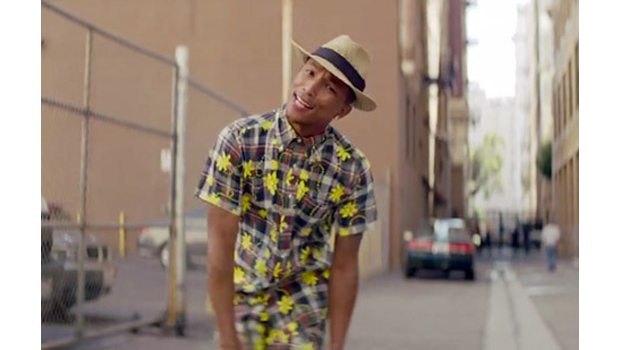 If you are sick of getting Pharrell’s “Happy” song in your head, you’ll be happy to know the song will not be featured in NBA 2K15.

Ever since 2K Sports announced that Pharrell Williams would curate the soundtrack for NBA 2K15, fan reception has been mixed. Many feared that the soundtrack for the game would all feature his own songs. As for “Happy”, that is one song that gets played over and over again. I feel many gamers would hate it if it were featured in NBA 2K15.

“Guys I was kidding. Happy is not on the ‪#‎NBA2K15‬ soundtrack. ‪#‎CalmDown‬”

He initially joked that the catchy song would be in NBA 2K15. Some fans were not pleased about this. Thankfully gamers don’t have to endure the song while playing the game. Hopefully Pharrell chooses some decent songs.

Last year, NBA 2K14’s soundtrack was chosen by LeBron James. LeBron made the bad decision of putting “Blurred Lines” in the soundtrack. Pharrell also features in that song, although it’s mainly Robin Thicke’s song. Either way, many NBA 2K14 players muted the song off of the playlist.

What kind of music would you like to hear in NBA 2K15?