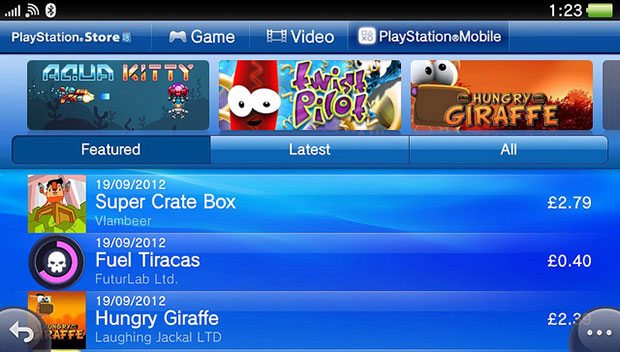 PlayStation Mobile has launched on the PS Vita, and with it comes access to independent developer wares on the handheld. PlayStation Mobile allows developers to pay a one-time yearly fee, and then release as many games as they want on the platform, so long as they abide by the guidelines of the service.

PlayStation Mobile has been integrated into the PlayStation Store with a prominent logo resting in the storefront. Co-mingling with other “big name” titles, Sony has integrated the new games right with other PlayStation Network content, unlike the method that Microsoft uses to publicize its indie titles.

This works well for the handheld atmosphere, as many Vita owners are looking for a quicker fix than say an Uncharted: Golden Abyss can offer. Much like you’ll find on Apple’s App Store or Google Play, titles are rather inexspensive. You can find some games for less than a buck, with the most expensive being just under $6.

All of the PlayStation Mobile titles support the on-screen virtual Dual Shock on certain devices, but if using a PS Vita or Xperia PLAY, you can also use the traditional built in controls on the device.