PlayStation Music Brings Spotify to PS3 and PS4 This Spring 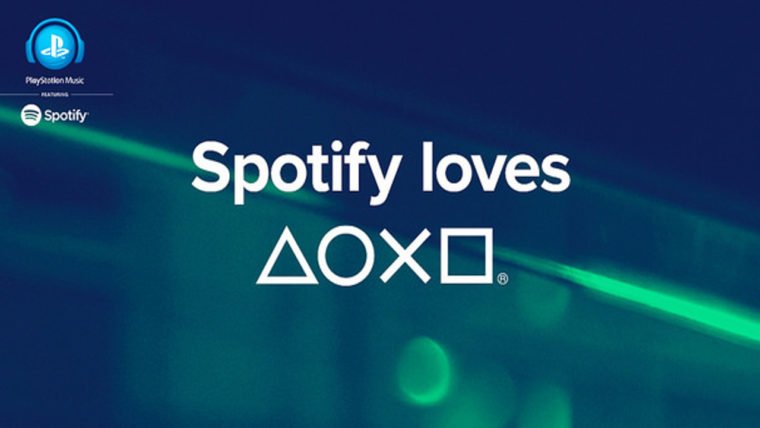 Sony has announced an exclusive partnership with music service Spotify, creating a new property called PlayStation Music. The service will allow you to stream music from Spotify directly to your console. Not only will you be able to listen to music on your PS4, you will actually be able to continue playing it during gameplay, allowing you to essentially create your own soundtrack for your gaming sessions. While this isn’t a wholly new feature, it is a pretty big improvement to have something like this tied to the Spotify music streaming service.

Sony’s announcement goes on to say “We know how important music is to our community of gamers, and this partnership combines the best in music with the best in gaming. PlayStation Network users will enjoy the convenience of linking your accounts to Spotify, making it easy to sign-up with your existing ID and subscribe to Spotify’s Premium service. You can also use Spotify while playing games on PS4, enabling you to soundtrack your gaming sessions with your favorite songs in the background. Want something heavy and rocking for an intense Destiny Raid? How about some old school hip hop while taking the field in Madden NFL? With more than 30 million songs and 1.5 billion playlists, Spotify on PlayStation Music has it covered. As we get closer to launch we look forward to telling you about some of the other great features that will be available exclusively through Spotify on PlayStation Music.”

PlayStation Music with Spotify will launch on PS4 and PS3 along with Xperia phones and tables in 41 markets this Spring. Prior to this launch, on March 29th, the Music Unlimited service will be closed down. Music Unlimited is currently available in 19 countries, most of which will be included in the 41 that are getting PlayStation Music at launch.