The latest news in the world of video games at Attack of the Fanboy
December 23rd, 2012 by William Schwartz 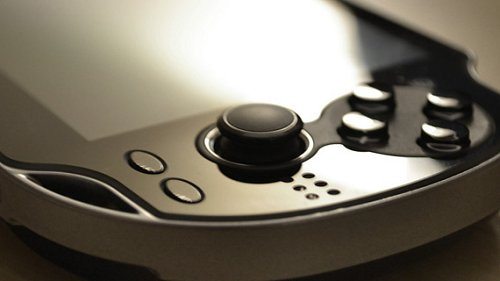 After a $50 million marketing strategy, more than 100-games available, and the most powerful CPU to grace a handheld: Are you still not sold on the Vita?

Handheld system market strategists are familiar with the ever-shrinking amount of systems selling. A downward trend has stretched across the board and around the world over the past several years; in most part due to the likes of iPhone’s and Android’s. But for a house-hold name like Sony, how could a mass of sling shot birds on a tiny touch screen have any pull over the likes of Solid Snake or Nathan Drake? As Sony confidently marched into the newest handheld era, market strategists and fans alike stated their opinion of doom. When the handheld released, reviewers everywhere consistently gave the unit itself a “buy” rating with rave reviews. By June 2012, Sony had posted Vita’s unit sales at 2.2 million sold. The first week of November begin to show the opposite, only seeing 4,021 sold that week in their homeland of Japan.

Although the system continues to see gloomy sales figures and consistent nay-saying from every 2-bit Charlies, Sony has a truly solid system on their hands.

With the PS Vita’s February release, Sony offered up more than 20-titles at launch — making it the strongest launch line-up for any system to date. But Sony should’ve learned that it is quality not quantity. With the average game reviews ranking a poor to moderate 5-7 out of 10-range and their next games releasing some time away, Sony shifted its focus toward the PSN (PlayStation Network). After their connectivity to the PSP’s network of games, PSONE classics, Vita network exclusives, and Cross-Play features, Vita’s first year has started the foundation to the best and largest accessibly-friendly online entertainment listings.

What Vita lacks in sales figures it makes up for in ambition. As Sony began to repair its tarnished reputation after their boisterous and arrogant behavior over the course of PlayStation 3’s first 4-years, the Vita’s friendly compatibility with the PS3 added an extra splash of love to their fans. Every company’s dream is to create a world in which each family lives in their electronic brand exclusive home. Similar to Apple’s network functionality, the Vita — along with last year’s 3D monitor business– is helping Sony make that corporate dream a reality.

Oh, you bought PlayStation All-Stars on the PS3, but also want to play it on your Vita? Well, that’s cool because we included a code for you to download it for free! Oh, you want to keep playing Metal Gear, but you need to go to work? Well, that’s cool because you can cloud save it and rock that Metal Gear on the train ride to work! Your wife is nagging you that she wants to watch TV while you’re playing Uncharted? Pfftt…go ahead a start up that Vita (it downgrades the resolution, but that’s still better than some “Real Housewives,” right?). Oh, you already bought that PSP game on the network? Well, that’s cool because we let you download all your jazz on your Vita! Oh, you wish that PSP game you just re-downloaded could use two-analog sticks? That can’t be done…just kidding! Go ahead and rock those analog sticks! Got that PlayStation Plus on your PS3? Cool. Here’s a bunch of free games for your PS3 and Vita.

Sony has become that “cool kid” that has everything and is cool about you touching all their stuff with your chocolate hands; not because they’re rich, but they’re just happy to have a friend.

So, the Vita has had a rocky start. Was the 3DS’ any better? Or the PSP? Or even the Wii U or PS3? Not so much. It’s not necessarily about the quality of the hardware so much as the price that tends to scare people off. Staring down at a $300-price tag with an uncertainty of its longevity can be pretty frightening for most. But after all that’s been invested (not to mention lost in the past few years), Sony has no margin for error. They want you back and they’re willing to put aside a few sales dollars to keep you there.

The past few months have been the start to some incredibly solid games like Persona 4 Golden and Zero’s Escape and the recent PlayStation Plus addition, but could we expect to see this as a trend of things to come or is this just a quick and bright super-nova? There are certainly some brilliant games coming in 2013 that warrant a buy.

Overall my [personal] experience with the Vita has been a positive one. I’m not so much a handheld fan, usually sounding like a grouchy old-woman when defending my opinion, but this system is something of a snowflake. In no way will the PS Vita convert iPhone/Android users over to the core gaming world, but in my opinion it doesn’t really need to. Owning a PS3, to me, warrants owning a Vita. They’re like those adorable kittens that can’t be separated at adoption shelters, they complement each other so well, and should grow to be inseparable.

With the compatibility between the PS3 and the Vita, this portable has become the most remarkable handhelds ever. The only thing the Vita has going against it is its lack of physical titles available currently. Everything this system includes from its OLED screen, to Cross-Play, to 4-core graphics, to 16-million usable color variations, to back library– this system is, and has been, a buy with some very positive looking things to come.