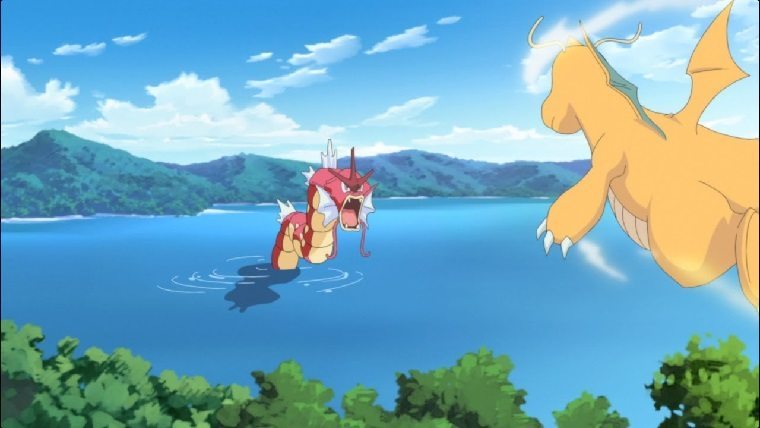 Pokemon Generations was first unveiled last month and is now in its third week of episodes, which have previously focused on characters like Giovanni and Blue. This one takes a different turn though as the events move onto something from the Gold/Silver era.

One of the coolest parts of Pokemon Gold and Silver was the whole Red Gyarados section, where you could actually catch this Gyarados that was our first introduction to a shiny Pokemon. Lance played a bit role in this part of the game, so the latest episode starts with that showdown that Lance himself and his Dragonite had with the Red Gyarados.

The events then shift to Lance actually breaking into a Team Rocket hideout in Johto to discover why the Gyarados was so full of rage, like it was forced to evolve.

While Lance is going through the base, Gold is also shown as being in the base, perfectly mirroring just how it was in Pokemon Gold and Silver. However, the focus here stays on Lance and Dragonite rather than on Gold.

This is once again a great short that longtime Pokemon fans will especially enjoy, showing animated sections based on parts of the original games. Make sure to stay tuned till next week for the next short. It will be interesting to see if they continue to go chronologically and do another in Johto or move onto Hoenn, or possibly go back to Kanto for another.