The latest news in the world of video games at Attack of the Fanboy
August 4th, 2017 by Jose Belmonte 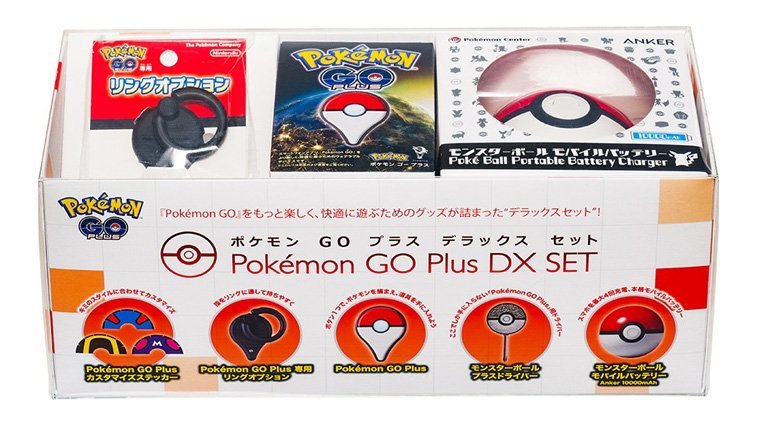 Pokemon Go is testing a new product in the Japanese market, launching a Deluxe Set with various accessories related to Pokemon Go Plus. Apart from the main device, the box includes a series of stickers to customize our Pokemon Go Plus, a ring accessory to carry the device more easily in our hand, a PokeBall screwdriver, and a PokeBall power bank that allows to extend the battery of our smartphone.

The Pokemon Go Plus is a device that connects with our iOS or Android phone via Bluetooth and warns players of nearby events such as Pokemon sightings or the location of new gyms. It’s also helpful when it comes to catching Pokemons and obtaining new items. This accessory set is a great option for fans who want to take their expertise in the game even further.

The Pokemon Go Plus DX Set is launching this month in Japan for 8,550 Yen, which is about $77. So far there are no signs that the set will be released in other countries, although sales will probably determine this.

This is the official list of items included in the box:

Pokemon Go is going through a rough time, following the controversial anniversary festival in Chicago or the questionable implementation of the legendary Pokemon in the game.