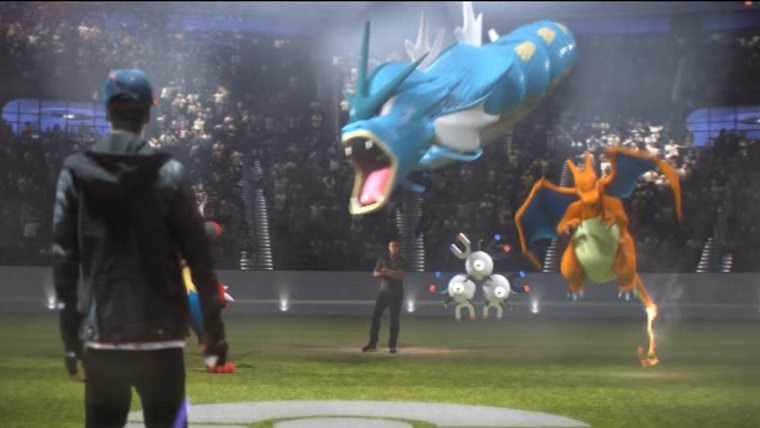 Pokemon Go has received several updates that have incorporated new features into the game since its launch in July, though one of the most requested features is still absent. Battling Pokemon (in a live match) is one of the biggest elements of the Pokemon series, yet it still is not featured in the popular app from Niantic.

However, Niantic Labs boss John Hank recently spoke with TechCrunch, where he briefly mentioned PvP and the likelihood of the feature coming to the game. He said the following:

“I have a 10 year old son – he’s my Pokemon expert, we play together – he wants to battle his friends in Pokemon Go. Battling is something we talk a lot about. It’s probably something that will make its way onto our roadmap.”

He also mentions another highly-requested feature in trading, which is also something that is a major element of the series that remains absent from Pokemon Go. There’s no time frame for when we could see major features like these incorporated into the game, as now talk is beginning to shift towards adding in the second generation of Pokemon into the game.

The app most recently received the Buddy feature, which allows you to walk around with a Pokemon by your side and get candy in the process.