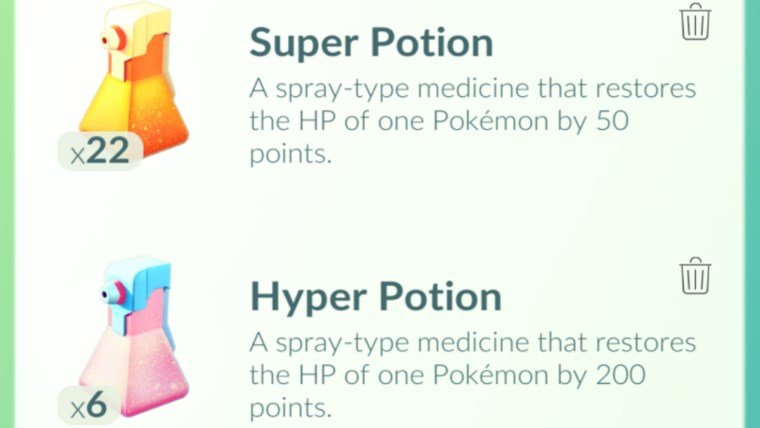 Ever since Pokemon Go raids first began players have found themselves lacking in some key resources. As Pokemon get knocked out during a fight they need to be revived and then healed, unless the player has the ultra valuable Max Review. With the increased difficulty of Legendary Raids these healing items, called Potions, which can come in Super, Hyper, and Max variety, have been in higher and higher demand. Now that demand has been satiated somewhat with a recent change by Niantic, adding Potions to the drops for victorious Pokemon Go raids.

The change was made just hours ago, with players first reporting the new drops around 7pm Eastern Time. Previously, for beating a Pokemon Go raid, players were given Revives, Rare Candy, and Golden Razzberries. Now Niantic has added many varieties of Potions to the mix, including Super and Hyper.

Players are pretty ecstatic about the change, as it will really help them heal up their teams after a tough fight. Of course, there are always downsides to every alteration, and this is no different. Some players prefer the tougher to get items, such as TMs, Rare Candy, and Golden Razzberries. If this addition wasn’t done delicately then the chances of receiving these arguably more important items will be diminished.

Still, it’s a good first step either way, and it shows that Niantic is listening to their playerbase who have been asking for more ways to get Potions for some time. It might need some more tweaking, but for now players can at least get their Pokemon back into fighting shape, without having to sit at a Pokestop to farm Potions.