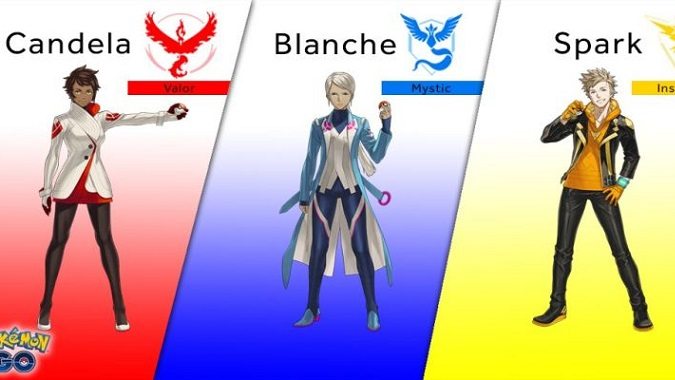 Niantic announced quite a few things about Pokemon Go during its panel at the San Diego Comic Con event. We now know who the Team Leaders are plus they told us why Legendary Pokemon are not in the game yet.

For Team Valor, the leader is called Candela. She kind of looks like she is representing Canada with the similar sounding name and red and white colors.

Next up is Blanche who is from Team Mystic. She has an icy look to her with the blue colors and a serious looking face. Lastly, we have a boy by the name of Spark who is representing Team Instinct.

There were lots of other things that were said at the panel and Kotaku summarized some of the best bits. First of all, rare legendary Pokemon will appear in the game, but only until after the game has been released in all countries. The game has yet to release in South America and many Asian countries so it may take a while.

Pokemon Centers will eventually be added into Pokemon Go and Niantic said many easter eggs are still left to be found in the game. They are also finding a way to add more functions to Gyms and a way to allow you to customize Pokestops.