The latest news in the world of video games at Attack of the Fanboy
December 19th, 2016 by Kyle Hanson 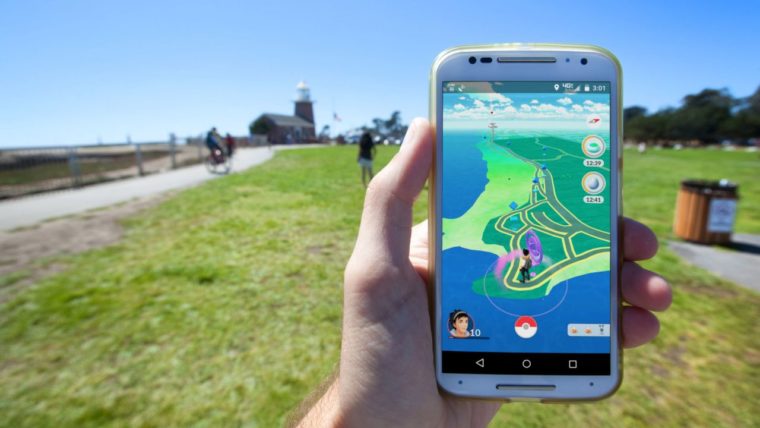 Pokemon Go is getting another new update today, with the announcement that Pokemon Go Update 0.51.0 on Android and 1.21.0 on iPhone will be hitting the stores soon. This is one of the game’s smaller updates, simply addressing a bug from the previous patch and altering how one key game mechanic works. Check out the announcement below for the details.

“Pokémon GO is in the process of being updated to version 0.51.0 for Android and 1.21.0 for iOS devices. Below are some release notes and comments from our development team. The bug that caused incorrect vibration notifications has been fixed. Day and night modes have changed to more accurately reflect the Trainer’s current time of day.” And, of course, “minor text fixes”.

The vibration bug that this Pokemon Go update looks to fix was introduced in the last update, making the game issue vibrations at seemingly random times. It was actually tied to the nearby feature in the game though, making it so that your phone would vibrate often, causing confusion about what was going on in the game.

The day and night mode changes are interesting, and will be nice to see better fit player’s actual day/night cycles. Currently, Pokemon Go switches to night mode right at 7pm, no matter what is actually going on with the sun. For some areas, this meant their game was in night mode long before or long after it actually became night where they were. Players also had to interact with the game in specific ways to trigger the change, either catching a Pokemon, or restarting the game. If Niantic has made it more responsive to the time, that will be a nice little feature.

Still, this is not a big part of the game, as it’s just a cosmetic change, rather than altering what types of Pokemon appear. Hopefully Niantic is working on the next major update for the game, as many players are becoming antsy about the slow pace of improvement.