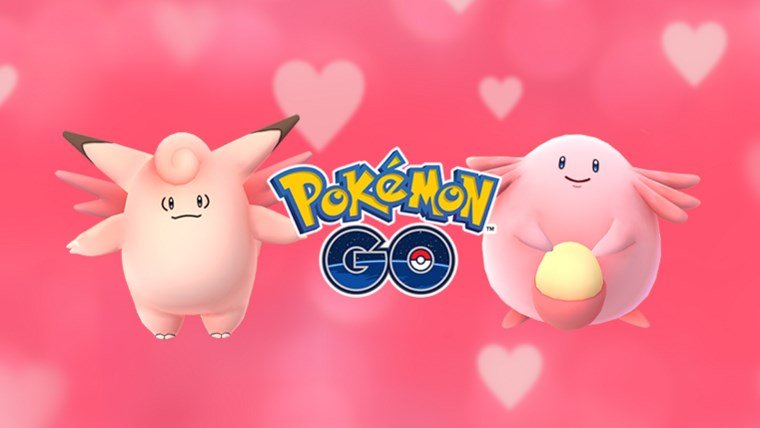 While Pokemon Go’s popularity has certainly waned, there seems to be one thing that is able to bring back a ton of those lost daily players: holiday events. We’ve seen this a couple of times now, with Halloween, Thanksgiving, Christmas, and New Year’s events that brought millions of players back, who in turn spent millions of dollars on in-game items. Everyone’s been waiting for the next one, which was just announced today. Here’s all the details about the Pokemon Go Valentine’s Day event.

The Pokemon Go Valentine’s Day event is starting later today at 3pm Eastern Time. After that point and going until 3pm on February 15th players will get a ton of changes to the game. This includes double candy for catching, transferring, and hatching Pokemon. Your buddy Pokemon will also find candy at double the usual rate.

There will also be an increase in certain types of Pokemon, such as Chansey and Clefable, but Niantic specifies that “many other adorable pink” ones will show up more as well, so expect Jigglypuff and some others. This is true of eggs as well, which will have an increased chance of hatching Cleffa, Igglybuff, and Smoochum, so if you haven’t completed the newly increased Pokedex, you better get those eggs.

Finally we have a new event promotion, which will have lure modules last for six hours. This is a massive increase over the usual 30 minutes, which was increased to a full hour during some previous events. This gives added benefits with the double candy promotion, allowing players to lure a Pokestop for six hours and catch tons of Pokemon for double candy.

Pokemon Go’s Valentine’s Day event seems to be their biggest and best yet, hinting that Niantic understands the power these events have had over players in the past. But it only lasts from February 8th to the 15th, so get out there and catch some Pokemon.