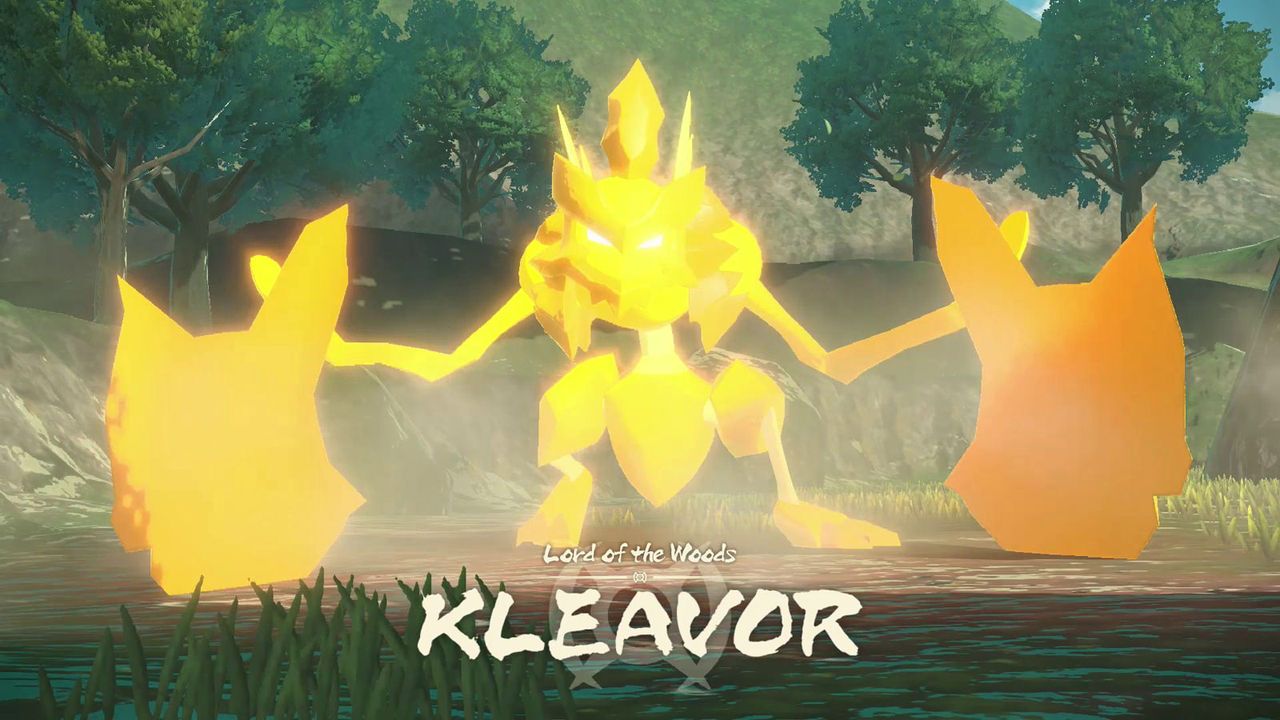 A brand-new Pokémon Legends: Arceus trailer has been released, showcasing new gameplay features, including the new “Noble Pokémon” bosses, along with the reveal of a freshly-discovered Pokémon evolution, a crafting system and more. Game Freak has also updated the official Pokémon Legends: Arceus website to expand on the information provided in the trailer, as well as providing never before seen screenshots and art.

The first thing showcased in the new Pokémon Legends: Arceus trailer was the new ‘Celestica Flute’ that allows the player to summon ridable Pokémon, similar to the Poké Ride feature in Pokémon Sun and Moon. Wyrdeer, the previously announced evolution to Stantler, provides a speedy mode of transport across the fields of Hisui and is able to gallop over objects after quickly dashing forwards. Basculegion is able to effortlessly carry you across bodies of water and jump over obstacles, with the trailer even showcasing the player throwing a Pokéball at an Octillery while jumping. Finally, Hisuian Braviary soars to the skies and allows the player to freely glide and scout the land below. 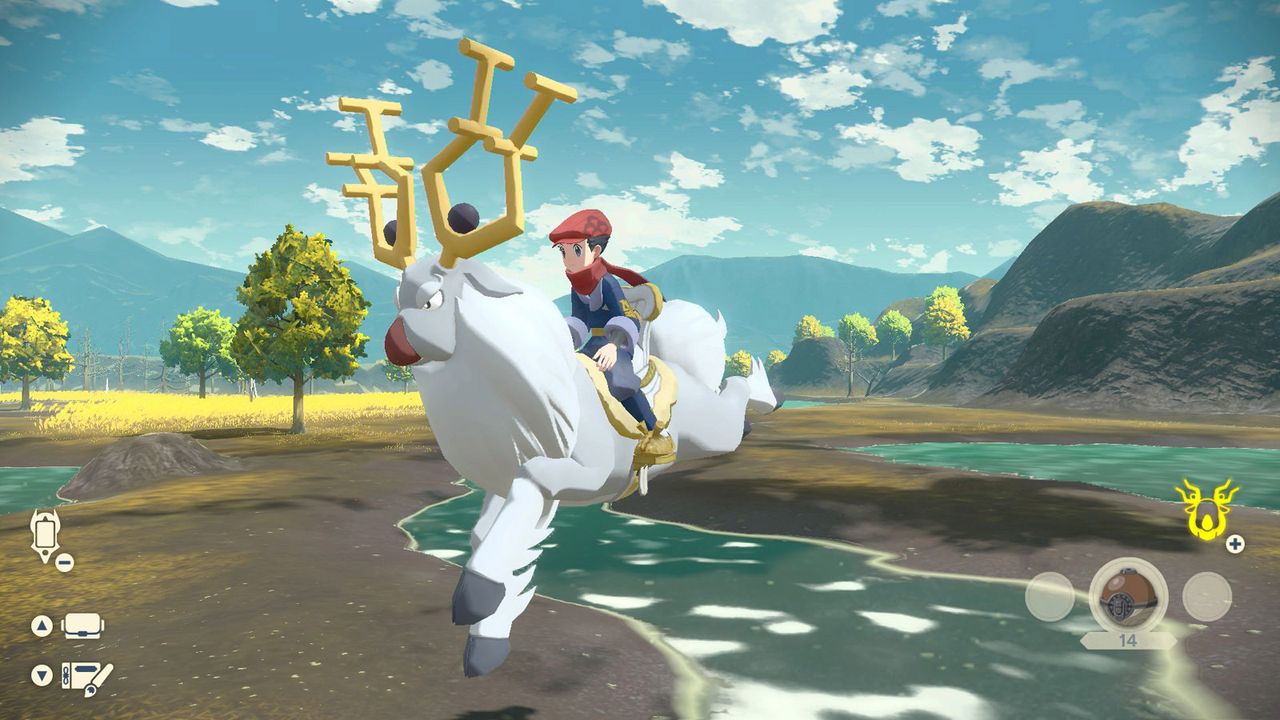 Wardens Mai, Iscan, Lian and Arezu were new characters introduced in the trailer and can be seen aiding and talking to the player character. The Hair Dressers and Clothier allow the player to customise their hair and outfits respectively, with many new outfits shown in the new video, as well as on the official Pokémon Legends: Arceus website. Players can show off their fresh look, as well as their Pokémon, in the Photography Studio that allows you to take pictures to your heart’s content. The background, look, poses and facial expressions can all be changed to produce widely different photographs each time. 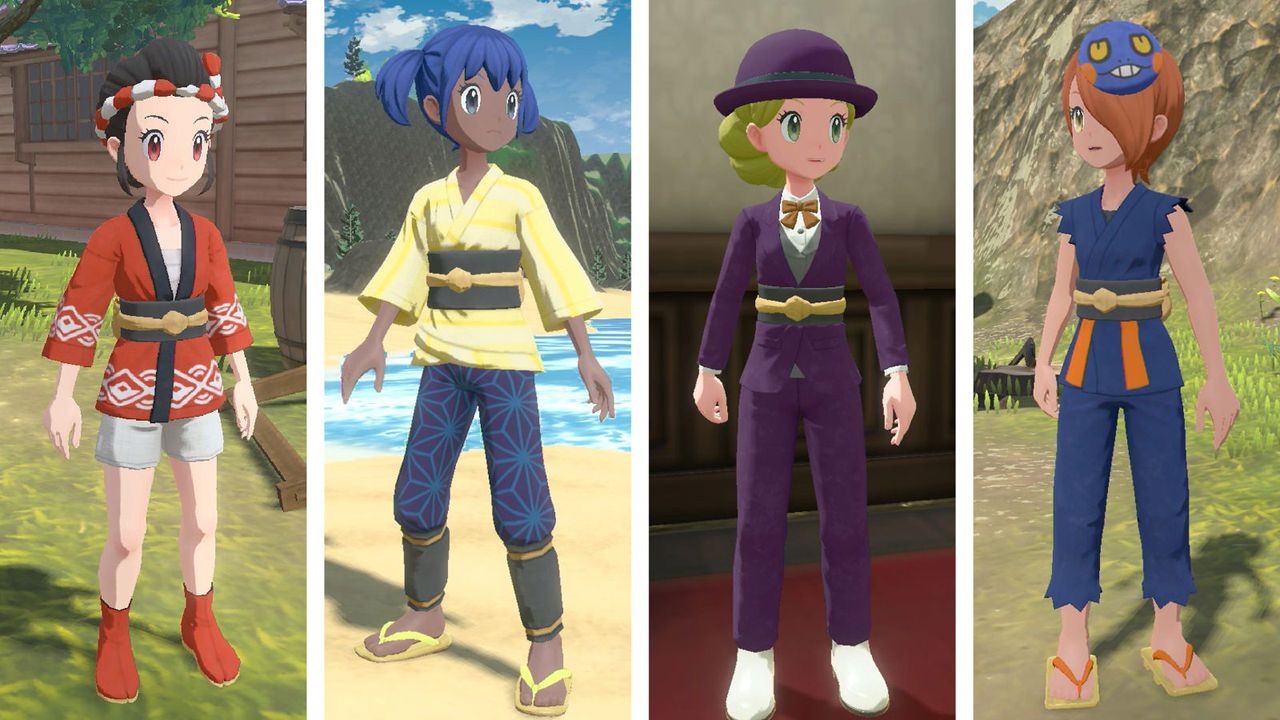 Items gathered in excursions, as well as ones purchased in the newly-showcased general store, can be used to craft useful items. Although crafting can be utilised from items gathered in the open world, the general store will sell exclusive crafting materials and recipes, as well as sell things you can find yourself if you happen to run out. As Pokémon Legends: Arceus takes place hundreds of years in the past, the PC system used for storing Pokémon in every other main-series title doesn’t exist yet. This system is replaced by the ‘Pastures’, a ranch that allows the player to deposit and withdraw Pokémon. You’re even able to see the Pokémon you stored walk around the Pastures and interact with each other! 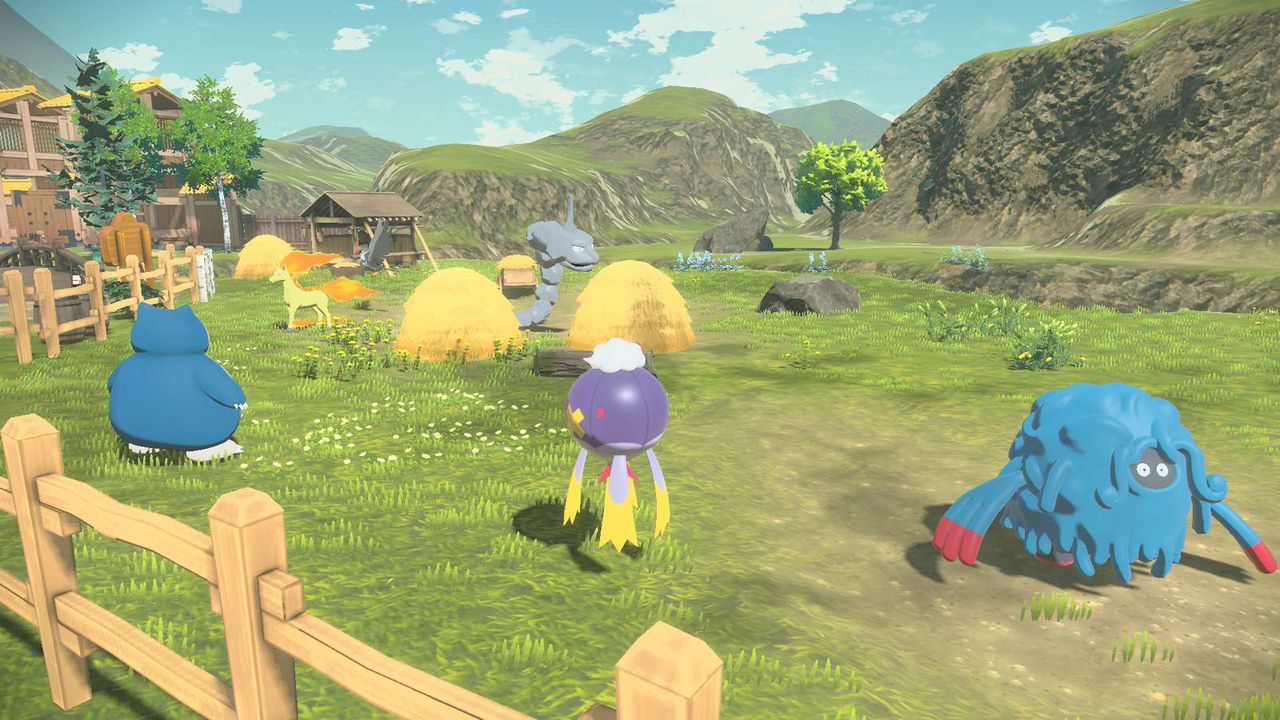 Noble Pokémon are a new feature in Pokémon Legends: Arceus and are the game’s version of boss enemies. Defeating noble Pokémon in a battle will not calm them down and fighting it with Pokémon becomes useless. The player has to, instead, quell them by hitting them with balms of the noble Pokémon’s favourite foods, all while dodging a barrage of constant attacks. When the noble Pokémon has been weakened, it can then be attacked by the trainer’s Pokémon. 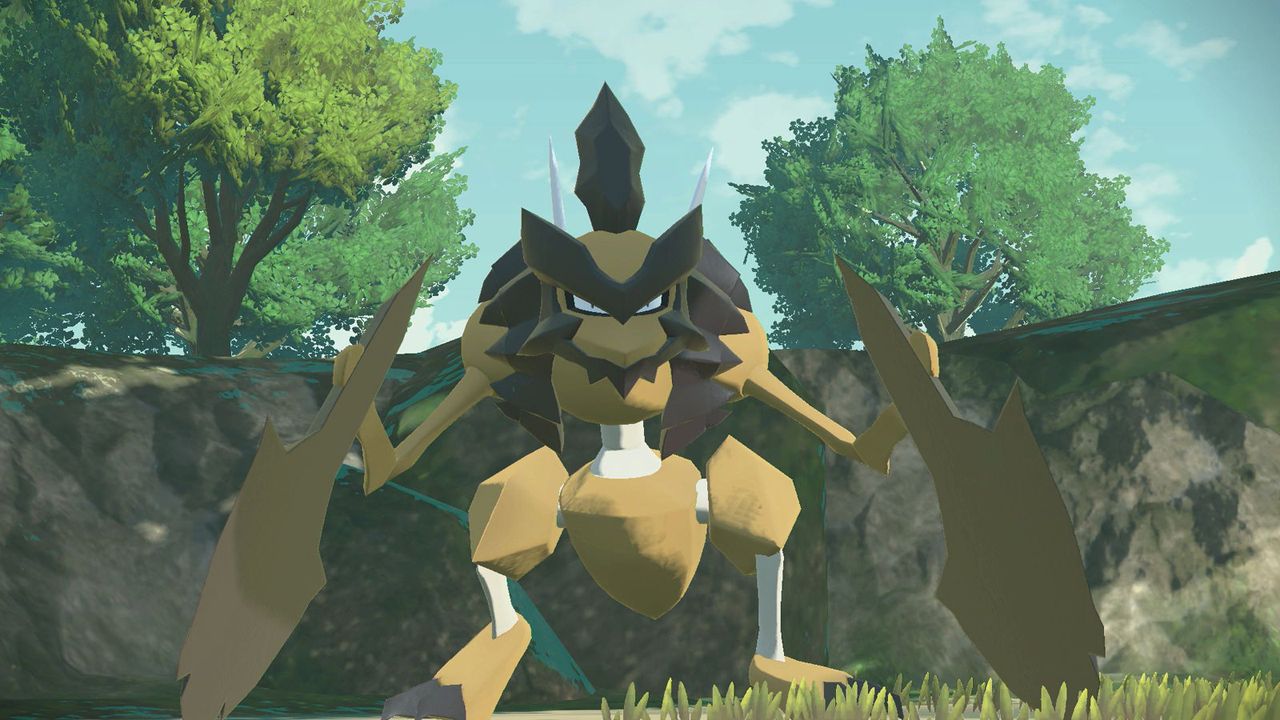 The first noble Pokémon showcased in the trailer is a brand new species, Kleavor.  Kleavor is a bug/rock type Pokémon and evolution of the Generation 1 Pokémon, Scyther, and sports a body made of solid stone, as well as sharp axes for arms. This is widely different from Scyther’s evolution in previous games, Scizor, which is a bug/steel type Pokémon that focused on agility and featured barbed, crushing claws.

Something not detailed in the trailer but mentioned on the Pokémon Legends: Arceus website is the ‘Arc Phone’. A device received early on in the game mysteriously connected to the titular Mythical Pokémon, Arceus. The Arc Phone will be used as a map, similarly to the Sheikah Slate in The Legend of Zelda: Breath of the Wild. Players will be able to pin locations and hover over points of interest to learn more about them. Nothing else is known about the Arc Phone, however, and if it will serve any other purpose. 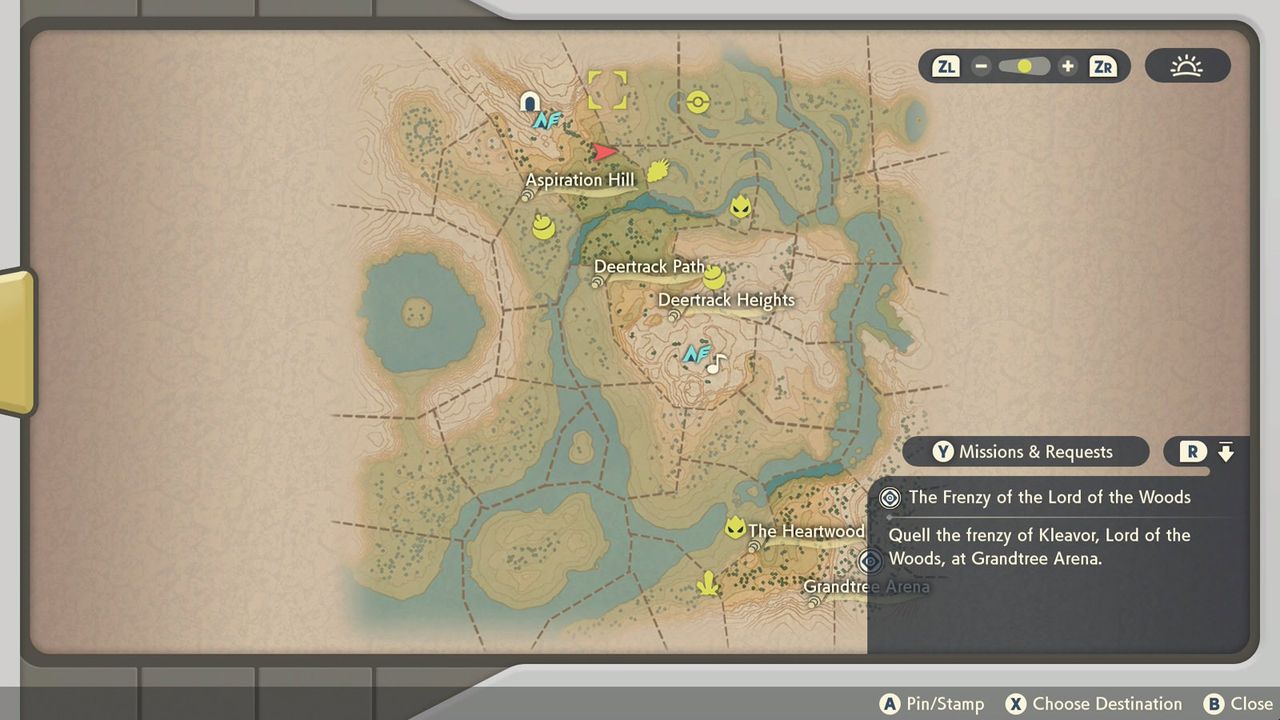 In this article:Pokemon, Pokémon Legends Arceus 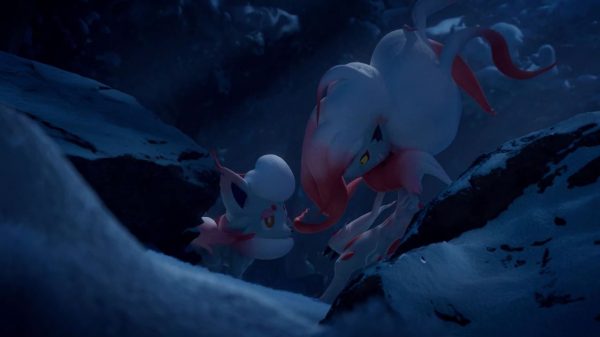 A new Pokémon Legends: Arceus teaser has been released by The Pokémon Company and Game Freak, which has revealed the... 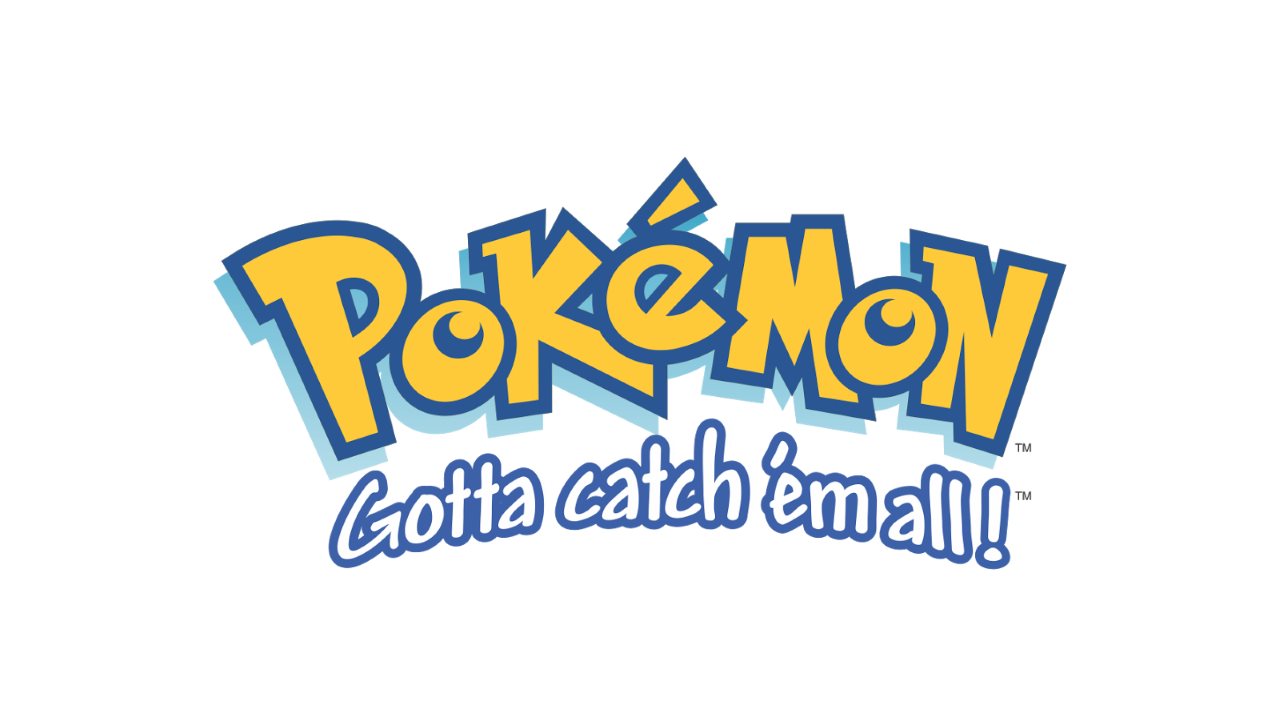 The Pokémon world is expanding so much. It’s crazy to see how in the past 25 years, the Pokédex went... 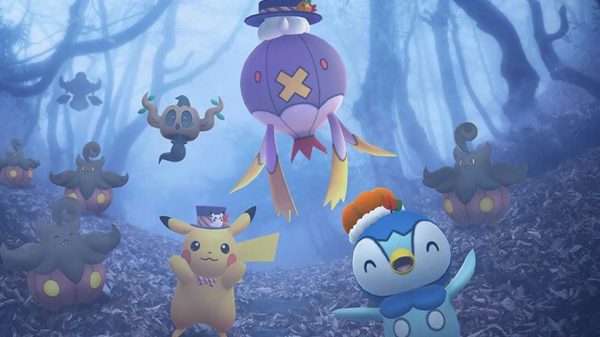 Pokemon GO is celebrating its’ 5th Halloween in style. New, themed, Pokemon GO bundles have been added to the store for... It is no secret that Eevee is one of the most popular Pokémon of all time, and in Pokémon GO it is...