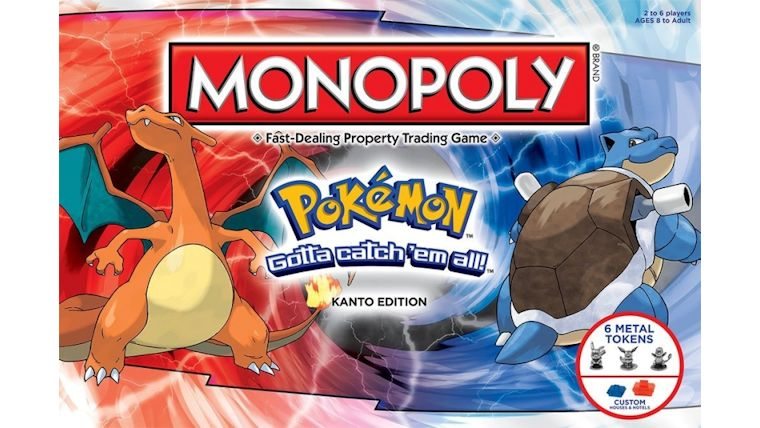 Just about every franchise of any sort out there these days seems to have its own Monopoly game and Pokemon is no different. The series got its own game way back in the early days of the anime, inspired completely on the anime itself in fact. Now, a bunch of Nintendo themed Monopoly sets are coming out including The Legend of Zelda Monopoly and a previously revealed Pokemon Monopoly. Now, another set has been revealed known as Pokemon Monopoly: Kanto Edition.

Obviously made to cater to the older fans that are nostalgic about the first generation of Pokemon, the Kanto Edition looks excellent so far. Though it is a little disappointing that they didn’t come up with any special variations of the four corner spaces on the board to be Pokemon related. The listing on Gamestop says that the game will include the following:

These sound very similar to the original Monopoly Pokemon games, minus the anime influence, so it is bound to be an excellent Pokemon experience as before. Pokemon Monopoly: Kanto Edition is set to release on August 30 for $44.99, at least through Gamestop’s website.