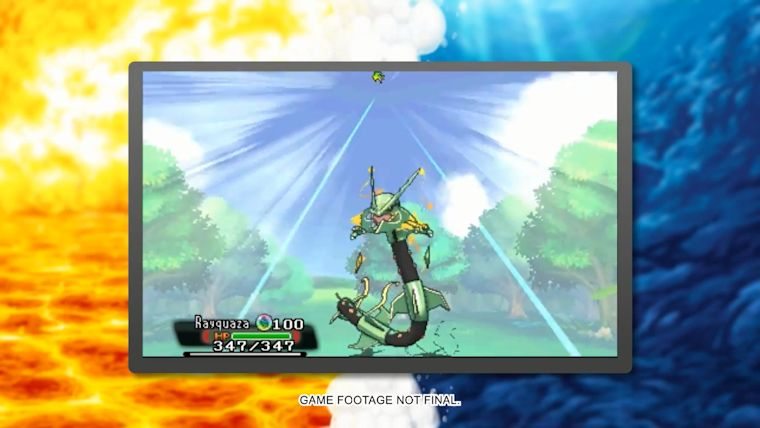 With a little over a month and a half to go until the worldwide release of the much anticipated Pokemon Omega Ruby and Alpha Sapphire, the Pokemon Company is proving there is still plenty for us to learn about the game. First announced during a livestream this morning, it did not take long at all for the official Pokemon Company YouTube page to provide an official reveal for a brand new Mega Evolution for the games, this time for a legendary Pokemon.

The two main legendaries for the game, Groudon and Kyogre are receiving what are known as Primal forms instead of Mega Evolutions. However, the third legendary, Rayquaza, will be getting a standard Mega Evolution, as revealed in the new trailer. The new Mega Rayquaza doesn’t get a major design overhaul, but rather adds a good bit more black around his body than before.

Mega Rayquaza comes with a new ability known as Delta Stream, which creates a mysterious air current that protects flying type Pokemon. It also comes with a new move known as Dragon Ascent, which looks incredibly powerful in battle.

Make sure to check out the brand new reveal trailer for Mega Rayquaza in Pokemon Omega Ruby and Alpha Sapphire below.