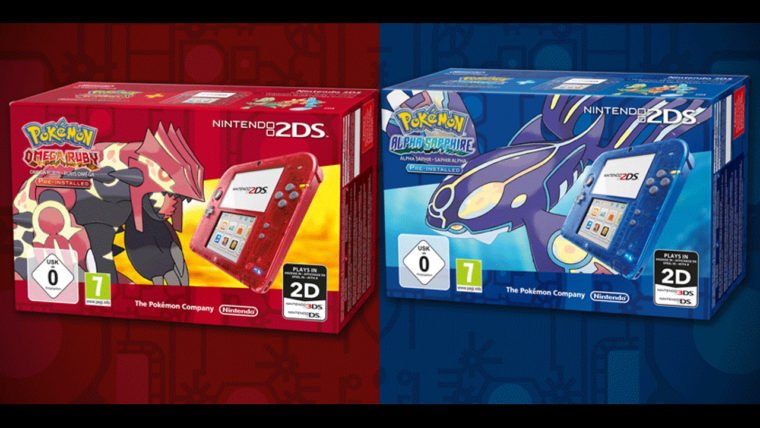 Nintendo loves to release special edition hardware centered around big name software releases. This trend continues with the reveal of two special edition 2DS systems themed around Pokemon Omega Ruby & Alpha Sapphire. The consoles themselves go beyond the usual color variants offered by other special editions by being translucent while retaining the color of the title it represents. The red and blue systems will be packaged with a copy of Pokemon Omega Ruby and Pokemon Alpha Sapphire respectively.

Like many of Nintendo’s bundles in the past the game will not be a physical copy, instead coming pre-installed on the system as a digital title. Both bundles will launch on 11/28 which is the European release date for Pokemon Omega Ruby & Alpha Sapphire. North America and Japan will be getting the games a week earlier, but there is no confirmation that they will receive the same bundle offer. There is also no official word on whether the translucent red and blue systems will arrive stateside.

Pokemon Omega Ruby & Alpha Sapphire are the latest entry in the series, but are actually remakes of past titles. These two games will remaster the adventure contained within Pokemon Ruby & Sapphire from the Game Boy Advance. Many new features have been added to both games on top of the usual visual improvements expected from a remake like this.