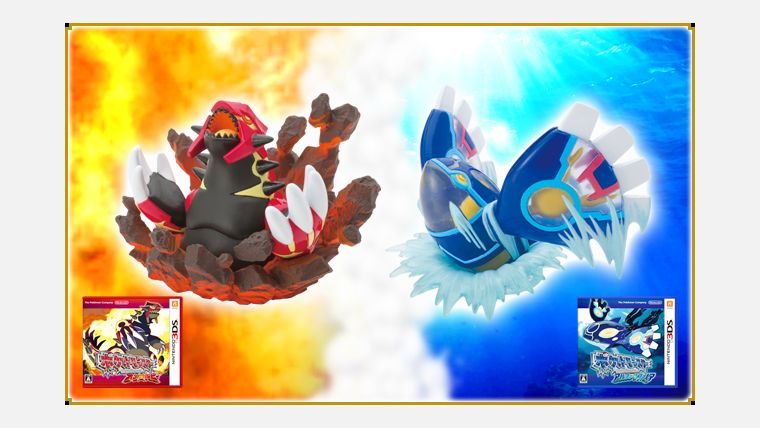 By now, most everyone has heard of Pokemon Omega Ruby and Alpha Sapphire, the upcoming remake of the third generation Pokemon games. However, it appears that the story is going to feature some major new elements, specifically revolving around Mega Evolutions.

The trailer starts with showing off a number of Mega Evolutions, along with what appears to be further story on how Pokemon achieve this Mega Evolution form. We also see what were previously though to be Mega Evolutions for both Kyogre and Groudon, but this trailer almost seems to show them as other types of forms with no trainer involved. It will be interesting to see the explanation behind that, with perhaps that tying into the basis of how Mega Evolutions exist in the first place.

We also see the return of Team Aqua and Team Magma, to no one’s surprise, which was always one of the best parts of the original games. New glimpses of the upgraded contests and some other updated features in the game are also showcased throughout this trailer.

Lastly, we learned about what are currently Japanese only pre-order exclusive figures of both Kyogre and Groudon, both of which can be seen in the image above. Make sure to check out the trailer for yourself below to see all of the new and updated features for Pokemon Omega Ruby and Alpha Sapphire.